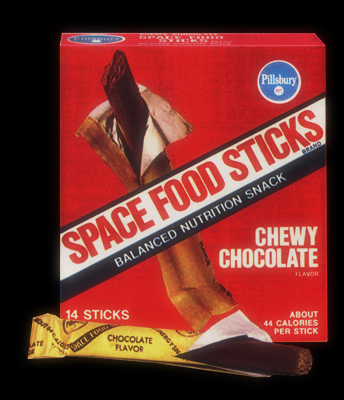 Fifty years ago today, Neil Armstrong took that one small step that was a “giant leap for mankind,” and while I was around for this, I don’t remember it at all.

I was just shy of 7, old enough to be retaining memories, and my parents were big into their current events, so I’m sure we watched it as it happened, but I got nothin’. A year earlier there had been a presidential election, and I recall this much of that process: I thought “running” for president meant an actual footrace, and what I couldn’t figure out was how the candidates didn’t get shot while running through the war zone in Vietnam.

I also remember lying on my back on the floor in front of the TV with my feet up in the air, and dropping one of my shoes onto my forehead. It’s clear I was pretty intellectual in those days.

Words like “Apollo” and “mission control” and “moon shot” are all part of my memory bank, at least the section where I can still make withdrawals, and I was surprised to learn just the other day that the moon trips stopped in 1972, because it seemed like we were constantly going to the moon during my childhood years. And here it turns out to have only been three years.

I’m sure the people involved spent probably decades leading up to these three years, but for those of us in the cheap seats it was a much shorter ride — and it seemed like NASA could do anything, even despite setbacks like Apollo 1, which never made it off the launch pad and killed three astronauts. And they did — they sent men to the moon.

I can’t even recall wanting to be an astronaut, and don’t you think every little kid in America would have wanted to be one after Neil and Buzz stamped their footprints in the moon dust?

I had all the necessary accoutrements: we watched Star Trek with great vigor; I played often with my Major Matt Mason — you can call him a doll, but he was an action figure — and his space pals with their cheap plastic moon skidders that didn’t have any moving parts like a rotating tread which would have made it a lot more fun to play with; and, above all, we ate Space Food Sticks.

Those I remember. It was food just like the astronauts ate — that’s what it said on the box. And inside were these foil packets, each with Space Food Sticks that tasted surprisingly like sugar. I don’t remember all the flavors they came in, but there were chocolate sticks and peanut butter sticks (those were my favorite) and some other flavors not nearly as worth remembering.

We also tried space ice cream, freeze-dried globs of neapolitan coloring with the consistency and flavor of rubber. So that novelty wore off quickly, but Space Food Sticks seemed like a staple of life.

Now, maybe they lasted only as long as the Apollo program, and it has just expanded in the core of that memory bank. But I recall it as an omnipresent, tasty snack. Do you suppose, if someone were to reissue those as a commemorative souvenir, that I would find them as palatable now? Or would I wonder, What was I putting in my mouth during my childhood?

Well, look what I have just found! Spacefoodsticks.com, attempting to replicate them as they were, and bringing back chocolate and peanut butter as the two most requested flavors! Now, true to the ways of the web, this site is undated, except for their logo, which says 200xxxx, so who knows if they made a successful go of it and are still around.

[In high school I found an old magazine ad that said they had decided to put labels on raisins, much like bananas, but they turned out to be so small they were giving magnifying glasses away. I sent off for my free magnifying glass and raisin label, and got back some coupon, because the promotion was long over. This could end up being the Great Space Food Stick Disappointment of 2019.]

Okay, well, another click of a button gets me to a page where it looks like I can buy a pack of two peanut butter Sticks for the low, low price of $19.99, and I don’t know that I’m feeling that nostalgic. Those are a bargain, however, compared to the $799.95 for a Space Food Sticks T-shirt. Clearly, the merchandise in my store downtown is way underpriced.

So space food may just have to remain in my memory, because who wants to spend $20 to have their childhood illusion that their favorite snack food tasted really great shattered? Probably much better to remember the joy of coming into the kitchen on a summer day, reaching for the box in the cupboard, extracting a foil pack, opening it (just like the astronauts, I’m sure), and chewing into the moist consistency that was a Space Food Stick.

There really hasn’t been anything else in my food repertoire quite like them. They weren’t hard candy; they weren’t nearly as chewy as jerky; they didn’t dissolve; they were just Space Food Sticks. Like the astronauts ate. I’m sure.

Today, as people recall and appreciate the great human achievement that was the first landing of humans on the moon, and that historic walk by Armstrong and Aldrin (and let’s not forget Michael Collins, keeping the home fires warm for them back in the space capsule), you’ll find me fondly recalling . . . candy, because that’s really all I can remember of this momentous human achievement. I was 6, okay?

And let’s not forget Major Matt Mason. I see several toys here with wheels — maybe my parents didn’t love me enough to buy those.

2 thoughts on “Space Food for Thought”