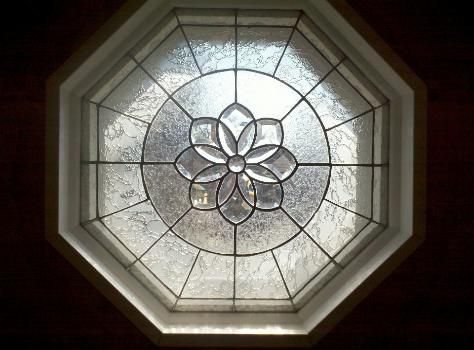 Perhaps (perhaps not) you recall me lamenting the other day that my Suave Kids shampoo had switched pictures from a fun elephant to a rather ugly octopus. Well, octopi (which the internet just now tells me is the wrong plural, because it’s not Latin, it’s Greek, so it should be octopodes — or octopuses is acceptable) come with eight limbs, and suddenly this is numerically significant in my life.

This will be quite the circuitous tale, just to forewarn you.

Dusty called yesterday with a question. But he called while I was on my way to work, walking there with Oz. I had my AARP magazine (which did better yesterday: it had the most concise and cogent explanation of bitcoin that I’ve run across yet), the retractable leash and now a glove in my hands, removed to answer the phone, and everything was tangled up. So I bent over to set things on the ground to rearrange and get a better grip, and suddenly oats were raining down on me.

Yes, oats: if the lemon juice-honey water wasn’t sitting well, the naturopath had recommended trying oat water instead. For the second day in a row, I ran out of time before getting to the lemon juice or honey, which is crystallized and will require major excavation, so I thought I would take oats to work, which would be easy to mix with water once there. Plus, Kara had complained about a sore throat, so I thought it might be helpful to her. Lynn had tried some the night before and it perhaps helped a little bit, so why not? I put the container of oats into my backpack and headed for work. And somewhere along the way, the lid worked loose.

So I bent over to set things on the ground, and suddenly oats were raining down on me. I asked Dusty to hold on a little longer, rearranged everything as best I could, picked up my oat-laden backpack (actually, it was fewer oats than I started with, since many were now on the ground, but they were far more dispersed than when we started out), put the phone to my garlic-oil-infused ear, and started again.

Dusty’s question, which he had waited all this time to ask, was if my current bathroom window is framed in wood. Dusty put this window in himself, but that was back in 2009, and he couldn’t recall, and the papers he had from the glass provider weren’t helpful.

When we had Dusty remodel the house (a decade ago!), I requested a round window for the upstairs bathroom. I don’t really remember why, except that it looks like the porthole in a ship, and I had a vague notion, never acted on, that perhaps I would put a ship’s wheel around the window as an interior frame. (This would be in honor of my pirate obsession.) And I’ve been very happy with my round window, so much so that I want one in the new house as well.

Dusty’s question, once we started unpacking it, turned out to be as convoluted as the story I am telling you now. Whatever brand of windows we’re getting this time around, from Lars Nelson, doesn’t offer round windows, just octagons. So Lars was going to get a round window from Marvin Windows, but that was going to necessitate custom framing; hence, Dusty’s question to me.

But then, when I started asking questions back, here is the price of vanity: an octagonal window will cost $450 (which seems horrendously expensive, especially after I went looking for art to illustrate this post), but the round window is going to be upwards of $2,500.

So I will not be getting a round window, but an octagon instead. A ship’s wheel will not make an elegant frame for an octagon, but since it hasn’t happened in 10 years, it probably wasn’t ever in the cards. Maybe we will shift to a lesser goal, and just see if I can’t ever get around to hanging (in the new bathroom with its octagon window) the deck prism that Lynn bought for me. (Old sailing ships embedded prisms of glass into the deck as a means of getting a bit of light into the ship’s interior — the prism refracted light farther than a pane of glass would have. And was less vulnerable to breakage.)

But I don’t think this will inspire me to want the Suave octopus grinning garishly at me in my shower.

Now, while this may strike you as a sad story (at least, it did me, especially after I got home from work and attempted to extricate oats from my backpack — some of them aren’t ever coming out), Dusty came along later in the day with information that really was tragic.

Last month he had a 25-year-old man from Texas, a trade-school graduate who had his own trailer and tools, come in and apply for a job with Straw & Timber. Dusty didn’t have a job available just then, but he was so impressed with this young man’s credentials that he told him (I didn’t catch his name) he could have one starting Jan. 7.

Dusty was going to put him to work on the cabinets for another house, and then move him over to our house.

On Jan. 2, Dusty called the young man to check in but only got his voicemail. He left a message, which wasn’t returned. Dusty tried again a couple days later. When the man didn’t show up on Monday, Dusty tried again, with a slightly more aggravated message. Dusty’s electrician suggested he was probably better off, if the man couldn’t be bothered to communicate.

But yesterday Dusty started thinking about it, about this Texas man with his own trailer and tools who had seemed so excited to get this opportunity. So he made one more phone call, which again went unanswered. He didn’t leave a message this time.

Shortly thereafter, his phone rang, and it was the man’s number. But it wasn’t the man at the other end; it was his father. A father who had to call a stranger in Colorado to say that his 25-year-old pride and joy, a Type-I diabetic, had gone to North Dakota to help a friend, and not taken good enough care of himself. The young man slid into a diabetic coma and died, far away from home, and far away from his new job.

This shattered Dusty yesterday. To go from wondering why this guy doesn’t have the decency to at least call and say he’s not taking the job you thought he really wanted to having a father tell you the truly tragic real reason the calls were never returned . . . Dusty didn’t know the fellow well enough to offer much to his father, only that he’d seemed straight up and that Dusty had thought so much of him that he offered a job within a day of application. I hope this was of some small comfort to this father.

I don’t even know the young man’s name, but he would have worked on our house. And Lynn is a Type-I diabetic, so this holds even more resonance for me. As an employer, I encountered a similar situation once (although it was past a short period of employment), and I imagine this will stay with Dusty for a long time, as it has for me. (I remain in communication with the young woman’s mother, so something good did blossom out of tragedy.)

I believe the best I can offer in this sad situation is to think of this young man, whose name I don’t even know and whom I never met but would have, whenever I look out my new window that is not round, but an octagon instead.