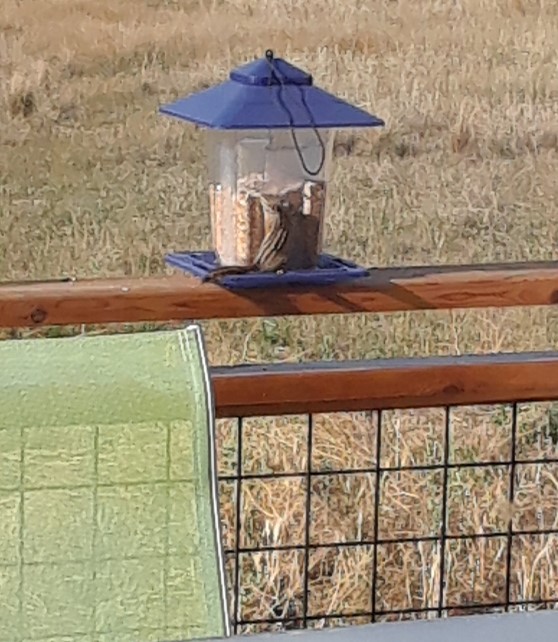 KT and Nate Lund lived for many years in Gunnison, all of my formative years, before eventually moving to the Pacific Northwest. I did not stay in good touch with them (nor they with me), and I have been led to believe KT died several years ago from Alzheimer’s complications.

While I failed at long-distance friendship, we all did pretty well while they were here. I babysat their daughter Bekke; I took care of their house, yard and cats when they left town; KT and I worked together at the newspaper, where one day I dropped what I was doing when KT stormed in, furious with how her parallel-parking lesson was going with 16-year-old Bekke. I went out to a tearful Bekke, dried her tears, and then she smoothly parked the family van like a pro with the overlayment of mother-daughter tension stripped from the lesson.

Nate earned his keep as a librarian at the then-college, but he was also an accomplished artist who signed his paintings “N8.” Together, Nate the artist and KT the writer put together a children’s book, about a squirrel (I think; some small creature) who survived a winter off the kindness of a friendly park ranger who fed it when it was hungry.

But this book was rejected by a publishing house located in New York City. It wasn’t the storytelling/picture ability the publisher objected to; the feedback was that this taught children that “welfare is okay.”

I foolishly thought the book was about unlikely friends offering each other a lift as it was needed, but apparently we don’t want to send young children any sort of unintended message that public assistance is all right.

I have been thinking about Nate and KT (and Bekke) and their book as I have been contemplating a question looming in my life these days: why is it okay to feed birds but not other animals?

I mean, I ask that just after I have liberally dispensed food (laced with assorted pills) to dog and cat, but I’m talking about creatures who make their home outside the walls of our home, Farley the Adventuring Vole notwithstanding.

I’ve done lots of unintentional “wild animal” feeding, perhaps more of it in town than out. The deer, who used to wander through our unfenced yard to snack on flowers and crabapples, the mice and voles who lived in the meadow we cultivated in our backyard, although not so much the raccoons who found plenty of sustenance from neighboring trashcans (and probably a bear or two, same same, although I never saw one).

Now, out in the country, we are feeding similar creatures in similar fashion, although these deer (which are only two miles from the other deer and thus may be the same) are missing out on the luxury of crabapples. Plus the fox(es), snacking heartily on the likes of Farley and her kind. And the fishies in the pond, grown immense without any assistance from me.

But then came Mark and Kym, newly long-distance friends I have already lost touch with, since I haven’t bothered to see if they arrived safely in Montana (nor have they let me know they arrived safely). On their way out of town, they came for a “last supper” and recommended hummingbirds as a natural deterrent against mosquitoes, creatures I am completely NOT interested in feeding since it involves giving of myself at the most basic level.

I went out very shortly after that to purchase feeders from which to begin cultivating hummingbirds, a project that, as you may know, has seen rather limited success following the arrival of the rufi.

There were at least two rufous hummingbirds defending territory in both the back and the front, running off all others. They appear to have departed, and I’m not sure how many other hummers are left, but the ones here now are far more interested in fighting and playing “king of the feeder” than eradicating mosquitoes. In addition, all this posturing is mostly resulting in sticky sugar water spilled everywhere rather than being consumed. So now I am feeding a vast crop of ants and some far more disgusting-looking insect that has invaded the feeder on the deck rail.

But early on, back when my hummingbirds seemed happy to share the sugar of my labor, I watched other brands of bird also helping themselves and determined to get them a feeder of their own.

I went back to Tractor Supply and came home with a feeder and a bag of seeds laced with pistachios — it cost more but it sounded more delicious. And for awhile it was quite popular with an assortment of birds, not one of which I could tell you what it was. (Magpies, I guess — I recognize those.)

But interest has waned. I re-filled the feeder with the last of my pistachio bag, but no one came calling, not even the magpies I see out in the yard on a daily basis. No one, that is, but Chipper.

Our deck, it turns out, comes with every amenity a chipmunk might ever want. A cozy fireside abode, safely tucked out of sight of the fox(es) by the waterproof cover; an easily navigable deck railing; a charming water fountain (that only works when the sun is shining, so that’s a little drawback); and an endless buffet of seeds and nuts.

Every time I looked out the other day, there was Chipper. No birds, but plenty of Chipper (to be fair, like the fox(es), I have no idea if we have one Chipper or 20), gaining ounces by the second as I watched him snuggle into the bottom of the feeder, conveniently at bear height on the deck railing.

So I took the feeder away. It is now in the garage, waiting for me to empty and clean it, unless I’m supposed to put it out with winter feed for any birds that might linger to enjoy the brisk months.

But this has left me pondering, without any good answer: why is it okay to feed the birds but not the other animals?

I know we’re not supposed to feed animals because then they become reliant (like Oz, Ki’o and Marrakesh) on humans to provide their food, rather than providing for themselves, but why isn’t that a concern when it comes to birds? Because they will migrate and become some other human’s responsibility somewhere else? And then we won’t have to live with the guilt of making them no-longer-self-reliant?

I haven’t seen much of Chipper since I removed the bird feeder. He was in the feeder’s spot one day, looking, I imagined, rather forlorn, possibly indignant, and I may have seen a stalk or two of grass on the deck that wasn’t there the day before, but I assume he is rather disappointed at this cushiest of amenities in his new location gone by the wayside. A food desert, just like all those other neighborhoods without grocery stores.

I still feel a little bad, even though I don’t particularly want Chipper inviting all his relatives to spend the winter with us. But so far I can’t think of a single reason why it was okay for me to leave food out for the birds but not for him. Perhaps a publisher from New York City can explain it to me.

Mary Poppins, twice in one week!