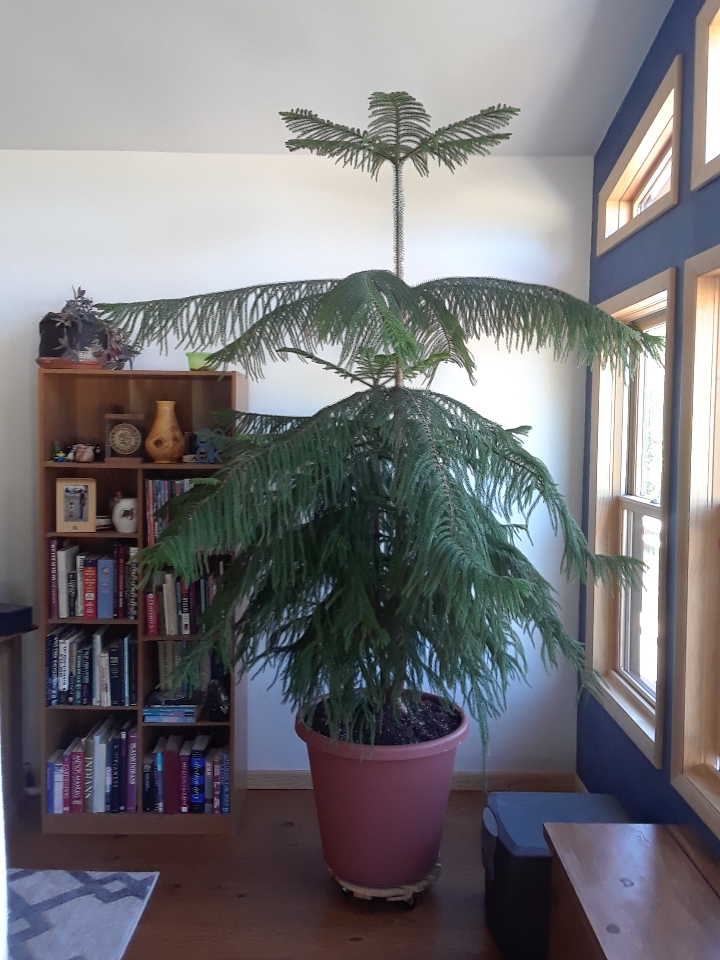 My dad was raised on a dairy farm in upstate New York. I don’t know at what point this became the family avocation, but it’s what his father did, and his brother, and presumably still my cousins. But when it comes to me, we are looking at a lot of spilled milk.

I think it’s kind of funny, in a sad way, that my dad disgraced his family by heading way out west and not working with his hands. Most families seem pleased when a younger generation gets more education, but that was never the case for my dad, who got his PhD and pursued a career in higher education, to the apparent embarrassment of his farmer relatives.

Still, you would think that somewhere deep in my New England blood there would be some affinity for farming, but after yesterday I have serious doubts. Serious doubts.

I can tell you right now, as farmers struggle to find adequate help getting food out of the ground and onto tables, that I would be one of those white employees that are the bane of a farmer’s existence. He or she would nod knowingly with a small sad smile when I trudged up to the farmhouse after less than two hours of work to tell them it was just too hard and I was quitting.

Or they’d be plucking me off the hallowed ground where I had collapsed after suffering heat stroke. “It’s April,” the farmer would sneer disdainfully, and I would nod, feebly.

So I don’t go out of my way to engage in farm-type activities, but Lynn and I are in the mega-fauna biz, and we’re soon going to have to abandon this house in favor of one with even higher ceilings. Or take my new approach of trying to kill off our giant plants.

A year ago we bought the biggest pot we could find at Camelot Gardens in Montrose, and I finally decided Sunday to tackle the task of putting the Norfolk pine in it.

Which started off well enough, although I didn’t plan ahead nearly as much as I should have. I had the pot; I even had a giant sheet of plastic to conduct the operation on. What I didn’t check on beforehand, even though Lynn tried to warn me, was our supply of potting soil.

Lynn said she had used “some,” but since we had an 800-pound bag, I didn’t figure “some” meant “almost the entire bag.” But it did, which I discovered after the pine was out of its pot and lying on its side on the plastic, roots exposed all around the edges of its former confinement.

Lynn noted she had other potting soil in the garage, so I retrieved the bag of Miracle-Gro, but that turns out to consist mostly of bark. When it comes to potting soil I am a snob, a disciple of former Pat’s employee Rachelle, who had once worked at Alpengardener in Crested Butte.

Rachelle told me to use Happy Frog potting soil with its dark richness, so I always do, and it always makes my plants happy. I made a mistake at work and repotted the Christmas cactus into cactus-specific soil, and it hasn’t been happy since, some of it gradually dying away while other parts just sit and sit, not dying but not growing, either. For well over a year now.

I drove into work, where we had another large bag of Happy Frog, although I knew we’d used some of that. We’d used about four-fifths of it, I discovered once I got there. I didn’t feel like checking at Ace, and I don’t know if True Value even carries potting soil, but as I was heading home I remembered that Alpengardner, now branched out to Gunnison, was one block away.

While my customer service skills can be somewhat lacking when retail shoppers come into Pat’s and I am working on some other project, the woman at Alpengardener offered a textbook example on how not to conduct business

I interrupted her plucking project, whatever it might have been, and apparently this made her resentful. I walked past soil amendments, which Lynn and I might want at some point, and giant bags of some potting soil not Happy Frog, before the woman even acknowledged my existence, and when I asked about Happy Frog she more or less directed me to the shed that serves as their building, which housed two-pound bags. I needed the 800-pound bag.

She literally mumbled something about them maybe having it at their Crested Butte location, and then she was done with me. No offer to have some brought down; no offer to call and check; no attempt to show me the other brand lying nearby. I paused, willing to ask if I should contemplate this other brand, but she had moved as far away from me as she could manage. You are dismissed.

Of course, once I got home, my sad little collection of Happy Frog was not nearly enough, so I got back in my car and went to Ace. Where they had no big bags of anything, and the clerk was sad to report that the company that makes Happy Frog is no longer providing its product to any Ace store anywhere. Apparently this has distressed many customers.

They did have two 12-quart bags of something called Mother Earth. I almost only took one but decided to take both. Back at home I dumped the entirety of Bag One into the new pot, and all seemed well — until Lynn and I stood back and realized the pine was listing to one side.

Trying to fix it only made it worse. Unable to shift soil adequately, I decided I was going to have to take the pine back out of the pot — and only half the root structure came with it. This plant started its existence with Lynn as a tiny hand-carried baby tree and now is around eight feet tall — and Sunday I did it no favors at all. And it’s still listing, even with half of Bag Two somehow now necessary in the pot.

Not content to damage only interior plants, I then decided to take my potatoes and their foot-long roots out of their box under Lynn’s baking table in the kitchen and put them in the ground.

Ground which is hard and unyielding, even when soaked with water. Ground that won’t give way when the same knees that balk at stairs fail to successfully push a shovel downward. Ground that beat me within minutes of the onset of my enterprise.

So some of my spuds are planted about one inch into the earth, but when I discovered that I could easily shovel dirt out of the weed-infested berm we asked for (to be technical, we asked for the berm, not the weed infestation), I put the rest of my spuds into the berm, far away from any hope of wicking moisture from the ground. Take that, weeds.

After my hour, or less, in the sun, I was ready to call it a day. A season. A lifetime, perhaps. I will be one of those people who believes his food comes from the grocery store.

As I said, I don’t know exactly how far back the farming lineage goes back on the paternal side of my family — but it’s not to hard to mark where it ends.