+Instead of taking my own picture, I helped myself to this one, credit claimed by Western Not State. It’s not current: The Bean is now Tributary Coffee; the gallery with the red roof is gone; and as of this month, so is Castle Creek Guitars.

For about 10 years after I left the newspaper, during which time my by-line never appeared in it, I wasn’t spotted with my camera at any sports event, and I was rarely in a school, I had people routinely ask me, “Are you still at the paper?” Which proves, I like to think, that we as people are slow to react to change.

We like to think we can adapt quickly, but I’m not so sure we do. We take whatever new circumstances are handed to us and push back as hard as we can to make them conform to our idea of normal. Which is why, I suppose, the headline in the Washington Post yesterday read: “It Seems Like Americans Have Given Up.”

This was in reference to the virus, of course, and I had already reached this conclusion on my own (as you are probably aware) some time ago. Another headline estimated that traffic in the U.S. is back to 90 percent of normal; since I am now having to wait several minutes to get on the highway (I have also given up any pretense of planning to ride my bike to work at any time ever), I’m going to agree with that. There goes the ozone layer.

I did not do a comprehensive tour, but after an appointment Thursday morning, I decided to check out part of Main Street. Downtown Gunnison primarily consists of two blocks of Main Street, so you wouldn’t think this would be hard, especially since I am located at the end of that second block, but I hadn’t made it down to the first block in awhile, so this was almost like an adventure.

Main Street is an ever-evolving place that really has very little to do with vibrancy projects, revitalization, resiliency or any other buzzword. Businesses are always opening, closing, relocating, but sometimes external economic factors determine how occupied the buildings are, and we might be on the cusp of another spate of empty storefronts.

We started to see this even before Pandemia. The fly fishing store bought the one building that had been standing vacant for quite some time, and no one has rushed to rent the space the fly fishers abandoned. And now the space next to it (part of the same building, but a separate storefront) is also vacant, the radio-controlled car guy now working concrete and the barber moved to a different building where the landlord really meant the price she gave as rent, not rent “plus an occupancy fee.”

So the barber moved, and despite a notice on his old door, and a brightly-painted new entrance in barbershop-pole fashion, I’ve had several people tell me he’s out of business.

The barber moved to a space recently occupied by a pet store that most of us could tell as soon as it opened wasn’t going to be there for the long haul. I’m not clear if it closed prior to Pandemia or during it.

The new barber space is part of a building I still like to refer to as “Lallier Pharmacy,” although it hasn’t been that for decade upon decade — but you know how people are about change. (The recently vacated fly fishing/barber building once upon a time was Blackstock Pharmacy, my favorite store in the whole world.)

The front of Lallier Pharmacy, most recently an antique store, is currently also vacant. This was a planned vacation: the owner of the store had already given notice she was not seeking to renew her lease, giving up the glam life of old stuff for the sun-soaked summers of ranching. Pandemia may have moved up her closure date, but it was already in the cards.

Next to that is my bicycle shop, which has yet to unlock its doors. They are there and you can get service, but I’m not sure how much retail shopping is taking place. Because I’m not riding my bike, I haven’t had cause to drop by and see what’s up.

There are four restaurants and a coffee shop on that side of the street, all of them open in one fashion or another.  The W Cafe has set a couple of small tables out on the sidewalk, while the Firebrand has converted its front door into its new counter. Take-out only.

I noticed that Back Country Cafe is now closed Mondays, but soap on the window noted they were going to be open Sunday evening, “5 – ?” This will be their first foray into dinner service, and I have no idea if this is a one-night special, an experiment, or the start of a longer-term offering.

Next to them is the Gunnisack, and I didn’t catch any notices about special hours or seating.

Among all the food is a jewelry store that is often not open in the winter as they commute from here to Brazil (I think) where the wife calls home. It’s still not open, now with a note that Colorado has not satisfactorily mitigated for covid yet. (If you think that’s bad, stay far away from Brazil.) If you need a repair or a purchase, give them a call.

Next door is a newly-empty building. Castle Creek Guitars is closed, well ahead of the fall closing angrily announced by the out-of-town owner in a letter to the newspaper. While the owner (who is not the local whom everyone thought owned the store) was very quick to blame the county and its unfairness to second homeowners such as himself, I’m going to guess it was really a financial decision, since the women’s clothing store the man and his wife own is still open, with no angry plan to close announced in a newspaper letter.

The local, who makes an interesting-looking guitar called a Dobrato, has already located a new space across the street from Pat’s, where a photographic gallery had put all its print-making equipment. I haven’t made it across the street for verification, but word on the street is that the gallery owners are leaving here for Saguache (which is a very complicated spelling of “Suh-watch”).

I know they were angry about the shut-down, but I’m not quite clear what anyone gains by moving to Saguache, a tiny place to pass through on your way to the San Luis Valley. And it seems a shame, because theirs is an historic three-story building that they made their residence as well as their gallery, and they seem to have put so much work into the place.

So I don’t know what happens to the historic building if they really are going, but on the Pat’s side of the street we now have three buildings (four storefronts) sitting empty. We all know how my attempts at prognostication fail, but I’m not sure I see people optimistically rushing to fill them these days.

Why it might seem as though America has given up: 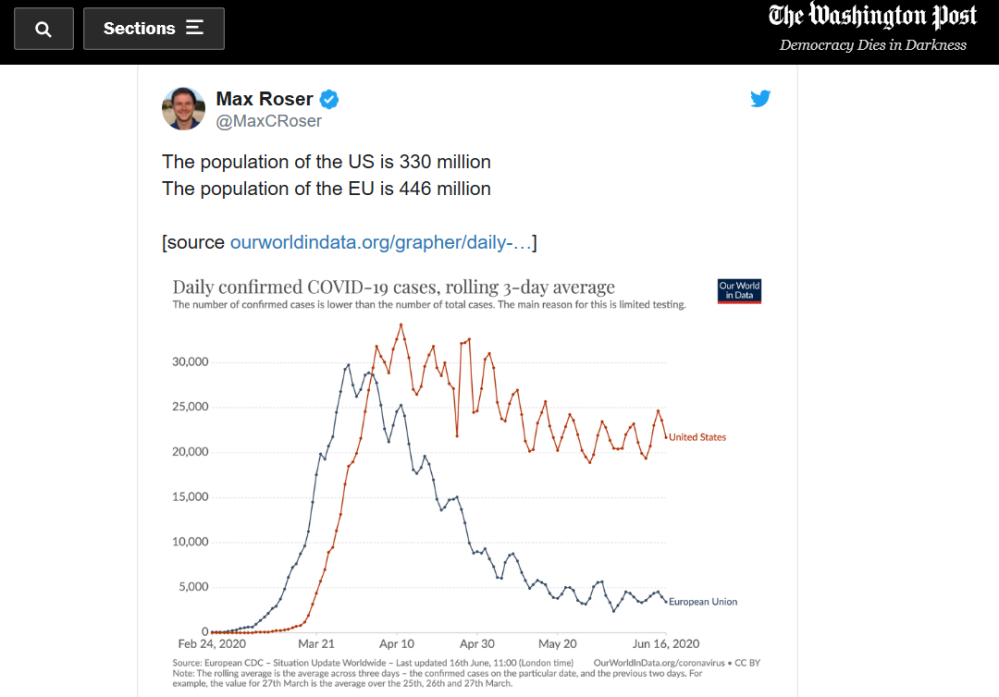