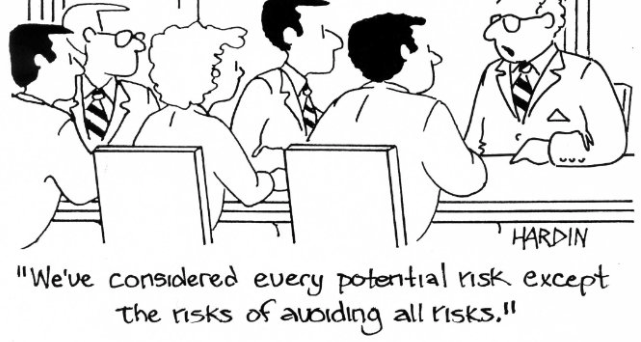 I don’t suppose there are too many people who look forward to getting sick, so when I say, “I don’t like getting sick,” the immediate follow-up probably ought to be: Well, who does?

But there are clearly people who worry about this far less than I do, and I live with one of them. Left on her own, Lynn would not be taking nearly as many precautions as she currently is, and she loves assuring me that I always get far sicker than she does, which isn’t remotely true, but it’s what she thinks happens, because she is not the germaphobe I am.

I have been a germaphobe for a long time, although I can’t tell you how long. And it would be safe to say I fear getting sick. I hate throwing up more than just about anything in the world, and even if it’s an illness that doesn’t involve retching, the disruption to my daily life makes me want nothing to do with it.

Covid-19 is the first disease I’ve worried about that I think might actually kill me. I know lots of people — sometimes nearly as many as have died from covid — die from influenza, a disease I’ve entertained probably twice, along with pneumonia once, but I presumed (correctly, I’m happy to report) that I would eventually get past those and get on with my life.

But I don’t share that optimism should covid come calling, which is why I really, really — really — want nothing to do with it, and despair over all the cavalier souls wandering around mask-free.

I don’t know why I think I would not survive a bout. The death rate for this particular virus really hasn’t been established yet, although if my math is correct the current rate in the United States (114,000 deaths from 2.1 million cases) is 5 percent. But I suppose germaphobes fear the worst, and even if death wasn’t the end result, there are plenty of scare stories out there about how the virus has adversely impacted people, and how some cases have lingered in people for more than 60 days.

So I don’t want it, and am doing what I can to avoid it. Increasingly, that’s starting to look like a self-imposed lockdown as most of the people I see out in public appear to have decided to just go on with their lives like it’s no big deal.

In Texas, for instance, where the case load has never diminished, just continued to creep and now climb up, the governor is insistent on rolling out re-opening full-bore. And while you might think that ought not to matter too much to me, tucked up here in Colorado, many of the people I am seeing in my public spaces are hailing from the virus-ridden state of Texas.

I am seeing tons of travel trailers, which really isn’t unusual for this place during this time of year, but it feels like maybe people are taking the virus seriously enough to want to avoid communal sleep spaces such as hotels in favor of their own campers. But it’s still new bodies bringing new germs as they stop for gas, food and directions.

Of course, if we were all wearing masks we could perhaps feel safer about this, but after Lynn and I were brought our Arby’s sandwiches by an employee with no thought of a mask who was taking multiple food bags to multiple cars, most of the drivers unmasked as well, I’ve about decided I need to be done with restaurant food, even on a take-out basis.

I thought about calling an order in to the W Cafe on Sunday morning, as I have been doing, but I assumed there would be a large crowd out on the sidewalk waiting for tables, most of these people unmasked, and it killed any appetite I might have had for their eggs and bacon.

Over the weekend my browser offered up an article from Slate that I found to be essential reading. Dr. Amita Sudhir, a teaching physician for the University of Virginia’s emergency room, discussed how you decide what is safe for you in the time of Corona.

One of the first things she noted is that people undertake risks every day, like driving, which comes with a 1-in-100 risk of killing you. Put that way, why am I worried about this virus at all? (Although now I’m more worried about driving, thanks, Dr. Sudhir.)

Some headline I skimmed the other day suggested a study out there shows lockdown kept 60 million Americans from contracting covid-19. Since I didn’t read the article, I have no idea how a study determined that, and since tests are faulty and states are using assorted criteria [some health official, recently fired from her position in Florida, has opted to put out her own dashboard, because she believes her state is falsely manipulating data to make the caseload look lighter than she thinks it is], it’s hard to know how far off the mark the 2.1 million reported cases are.

Here in Gunnison County, we had 118 positive swab tests (out of 846 total tests) as of Monday evening (up five from last Thursday), but 238 people have tested positive for antibodies (out of 823), suggesting at least the possibility that twice as many people as we thought have had the virus.

Either way, the total county population is more than 17,000, which is why, I assume, all these people are going around without masks and figuring one foot of distance is just as good as six feet. This is all overblown hype to them.

But if we go back to the study I didn’t study that says one-quarter of all Americans could have been infected by now without the imposition of severe social controls, then perhaps healthy respect is not such a bad thing. At the rate the country is going, we’ll probably yet find out the hard way how transmissible and widespread this can become.

As a card-carrying germaphobe, I’m opposed to this, but there doesn’t seem a whole lot I can do about it. I can try my best to take care of me, but other people’s unwillingness to do their parts means my restrictions are going to stay in place a lot longer than theirs.