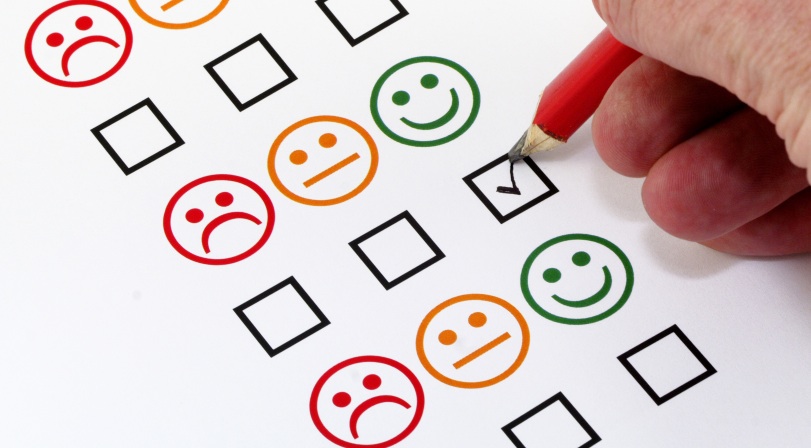 As I set out to survey the very fabric of American society, I see that we are a society of surveys. And I am apparently about over it.

Thursday, while cleaning out the work e-mail inbox, which gets flooded with promotional opportunities, I reached my exasperation level when our local chamber director sent out a survey.

Celeste is a hard-working woman who beats an enthusiastic drum for the chamber and the businesses of Main Street, and really, the e-mail she sent out was innocuous: she and the chamber board just want to know if the membership would like to be briefed on a development first proposed about 15 years ago that has pledged to double the size of Gunnison but which so far consists of a lot of bankrupted development partners and numerous attempts by the remaining developer to get city officials to throw good money after bad.

But instead of responding to the request, which admittedly is a sensible way to find out whether it’s worth the chamber’s time to facilitate a presentation that might be poorly attended, I thought, How many surveys can we be subjected to? And so I conducted a survey of my own, scrolling through the inbox, and here are some of the entities requesting our input on surveys in the past month:

The high school vocational program. Both the Gunnison and Crested Butte chambers (three total surveys). Three different softwares we use. A trade magazine. Two of our clothing distributors. Two retailers we’ve used for things we can’t source locally. And a professional society we belong to, which first sent a paper copy of a survey that will take at least 20 minutes of my time and require looking up a lot of financial records. They are relentless: we received e-mails about this survey on Feb. 7, 10, 12, 14, 18, 20, 24, 26 and 28, as well as March 2.

Plus they have also sent out two requests for a different survey — because one is not enough — that will “only” take three minutes of my time.

This does not take into account the grocery stores, fast-food restaurants and other retail outlets here in town that take pains to point out the location of on-line surveys that we can take following each and every transaction. The groceries in particular must be offering some incentive to employees who manage to get customers to comply, because the clerks are forever pausing to circle the bottom of the receipt, and one said she’d appreciate it if we could “hook” her up.

Survey after survey. The requests for my time and thoughts pile up endlessly. When we were interviewing candidates to replace Ben, we were meeting them at the coffee shop just down the street. When you pay by credit card, they e-mail you a receipt and a little survey more irresistible than most: a smiley face or a frowny face. That’s all you have to do, click one of the two little faces.

But of course that’s not all you have to do. Then they want stars. How many stars was the customer service? How was your food and/or beverage, in stars? Don’t forget the box to write your comments.

In the olden, pre-saturation days, there were times I wanted to tell a company what I thought of either their product or service. Back in college I was so upset with Bic when the black ink in their regular ball-point pens went from beautifully black to a smutchy gray that I sent a letter of complaint. The company sent back a “sorry you’re unhappy with our product” reply, along with a full pack of pens. Pens that wrote in that same smutchy gray.

The one and only time I’ve visited the J.C. Penney’s store in Montrose I had a really crappy experience: no one in the shoe department to help me, although I gave them 15 minutes’ worth of chances; no clerk in the entire store willing to make eye contact; the one in the men’s department so focused on the counter in front of her that it was impossible for her to look up at me; and two clerks socializing so furiously at check-out that they couldn’t bother to work the registers.

I went to the survey on the bottom of my receipt (not for shoes — no one ever helped with those) and filed a bitter complaint. I did make one mistake: I should have taken the “yes I want to be contacted about this” option, and I should have provided my name. But it was easier to just never shop there again.

Now, I firmly believe in acknowledging excellent service as well, particularly if I’m on the phone with one of these giant companies where good service is hard to come by. I always ask for the rep’s manager, a request that is often greeted suspiciously, and take pains to tell the manager exactly how the agent was so helpful.

But I’m not about to sit down with my survey every time I return from the grocery or hardware store. Especially when it seems like a lot of surveys these days are seeking only vindication of what they’re already doing. And, like the coffee survey that seems harmless and quick — one little smiley face — they all want way too much information.

A couple of times after filling out surveys, such as the one the Crested Butte chamber wanted for green measures being taken by members’ businesses, a subsequent survey has popped up, offered not by the chamber but by the company fomenting the surveys. I started taking one that seemed like it wanted my opinion on politics, but then it appeared to have been commissioned by a specific candidate, and then when they want your ZIP code (after getting your age, gender, race, underwear color . . .) and won’t let you continue without providing it, well, then it’s time to check out.

This professional organization survey, for instance. The company offers to share the information in aggregate with everyone who participates, but I don’t expect that to be of much use to me. For 20 minutes of my time that involves looking up financial records, and questions that aren’t particularly pertinent to my business, I need a lot more incentive than that. Like, say, the U.S. Census Bureau telling me it’s the law and threatening me for failure to comply.

Because it turns out the Census senses more than just the nation’s head count, and last year sent me not one but two surveys of economic measures, with the minimum amount on many questions starting at $100,000. That’s not really the Gunnison Experience, and I don’t know what they gleaned from my long lines of zeros and N/A’s.

Despite the endless entreaties, I’m not going to fill out the professional organization information grab, and I’m not even going to take the two minutes or less to tell the Gunnison chamber I’m not interested in the proposed presentation.

If someone had a survey on how I feel about all these surveys — well, that’s all of you, dear readers, whether you really cared or not. And the survey says: I used to like them back when they were a novelty, but now that’s they’re de rigueur, I don’t care for them at all.

2 thoughts on “The Survey Says”