Thirty days hath September,/April, June and November/All the rest have 31,/Except February, all alone. 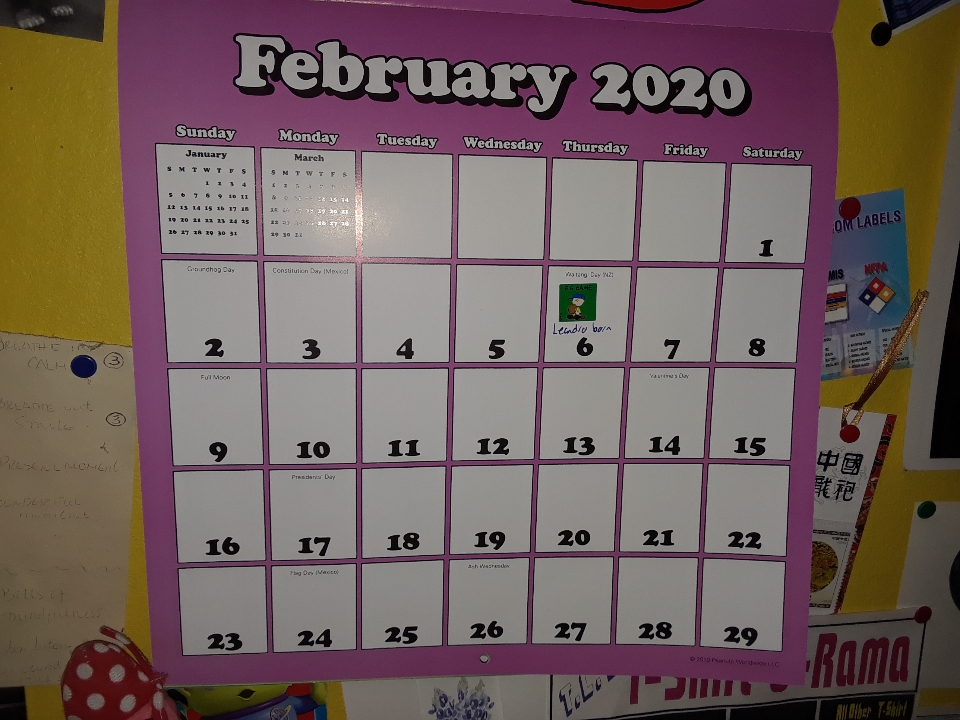 You know how brilliant insights occur in the early hours of the day? Well, of course they don’t, but I was sure I had one anyway this morning.

It was a solution in search of a problem, which certainly seems like a necessity in a world drowning under increased global temperatures and awash in vast amounts of plastic. But here’s what I was thinking, in what seemed in the moment to be a flash of brilliance.

I started by thinking of the simple elegance of the usual symmetry of February and March. In pesky leap years, such as this one, the pattern is ruined, but in 75 percent of our years, whatever day of the week a Feb. 2 lands on, March 2 is going to be on the same day.

This way, when people tell you a month is four weeks long, they’d really mean it, rather than forgetting that other .333333 (certainly a very round figure) of a week. And most years you could go all the way to the final day of the year knowing that the 2nd of each month would fall on, say, a Tuesday. Because of that extra day, the 2nd on the following year would be on a Monday or Wednesday (I can never remember if that pushes us forward or backward), so I’m thinking everyone could still eventually celebrate their birthday on a weekend.

But then I started thinking about Russians, which I’m pretty sure happens to most people during their thought processes.

Specifically, I was thinking about the Russians and their 20th-century change from the Julian to Gregorian calendars, which caused Feb. 1-13, 1918, to simply disappear. Too bad for Fortino’s son Leandro, born on Feb. 6, and for Gilly’s daughter, born the same day but a couple decades ago. No parties for them back in 1918.

[I have just learned from Wikipedia, source of all knowledge, that the Julian — think Caesar — calendar presumes a year of 365.25 days (as I still was, until this moment), when in reality it’s 365.2422 days (you’d think the solar system could have managed a more rounded number). And Catholic popes being the big fans of astronomy that they were — just ask Copernicus and Kepler — Gregory XIII way back in 1582 implemented a calendar correction that the Catholics adopted right away. But the Eastern Orthodox Russians steadfastly hung with Caesar until the Bolsheviks said nyet to religion and converted to the Catholic calendar. I have no idea which pope needs to take responsibility for adjusting all these .0078 days that have been lost since 1582.]

Then I realized that we would all have to recalculate our birthdays to account for this new 13th month, which I am modestly proposing be called Tellius.  This would require complicated math, the likes of which I always turn over to my friend Fred, but I’m pretty sure my September birthday would end up sometime in August. This would require a major adjustment on my part.

But I figured I could get past that, even if it might mean learning to live as a Leo rather than a Virgo. (Just how many signs of the Zodiac are there, anyway?)

Then as the day got longer, the clarity of cold daylight dulled the brilliance of my notion even further. It started with a rather unrelated story, about a couple that owns a small screen-printing company in Alabama, who had to choose, back in 2015, between health insurance premiums or keeping their son in college. (That should make you proud to be an American right there.)

They opted for kid in college, since they were reasonably healthy, but then the wife needed an emergency appendectomy, performed at a nearby for-profit hospital. They paid the surgeon’s bill of $3,000, but then received one from the hospital for $52,000. For an appendectomy.

This exact same hospital, for the exact same procedure, gets less than $6,000 from a Medicaid patient, and I believe even less if the patient is privately insured. So the hospital generously came down — to $31,000. And when $25 per month payments were not coming in fast enough for the hospital, it sued this couple, causing the woman to genuinely, and awfully, wish that she had just died rather than getting the appendectomy. Even now she has a painful and growing lump on her shoulder that she’s not about to go see a doctor for. But there’s nothing wrong with our health-care system.

Thinking about that story alongside my 13-month mostly-symmetrical calendar, I realized I just added a month of payments to everyone’s bills. In a benevolent world, the original 12 payments would now be spread among 13, but I quickly realized this is not what would happen. If someone is paying $1,000 per month in rent now, that’s what the landlord will continue to charge, so now this fictitious someone would be paying $13,000 for the year.

Maybe some usage-based bills, like gas and electricity, would continue to factor usage, which presumably would be less in these shorter months. But there are always the very important “fees” all these companies attach, and those would stay the same, so there would be extras of those.

Fresh off a day of filling out forms at work, I realized my extra month has also just created that many more of those to fill out. Don’t get me wrong — I just love filling out work forms — but 13 months of this every year might be too much joy to bring to my small world.

So, particularly since I wasn’t solving a world problem to begin with, I have reluctantly decided to shelve my 13-month calendar proposal. No Tellius, and you have no idea just how very much this saddens me. This was a symmetrical flash of brilliance in an asymmetrical world, and I fear we are not ready for that sort of genius. Just ask Copernicus and Kepler.