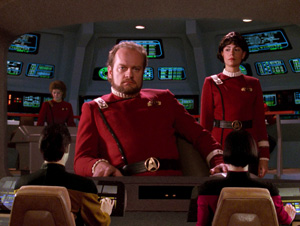 I was several paragraphs along in today’s entry when it started to feel familiar. I used the surprisingly effective search feature for my blog and sure enough, I was covering, sometimes thought for thought, a topic I reviewed just over a year ago. So I will spare you the repeat.

This occasionally happens as I’m writing along, and what makes it worse are the topics I started but never finished, or filed to be brought forward another day, or the topics I thought about, often while riding my bike, which I don’t think has happened this year, but never put to paper, or electrons. Then I can’t remember if I talked about it, or simply thought about talking about it.

Sometimes I think, If I can’t remember whether I wrote it or not, who else is going to? Other times I think, I’m getting older. People expect older people to repeat themselves. Rarely I think, It doesn’t matter if I’m repeating myself. This is such a great story it deserves to be repeated. Even more rarely, I catch myself and save you from a recurring diatribe. You’re welcome.

There is a Star Trek: The Next Generation [no one really says “the,” but they do say “TNG,” so I feel I should account for it] episode called “Cause and Effect” where it turns out the ship is in a time loop. The viewers see the same day multiple times in the episode.

This is hardly limited to ST:TNG [see?]; in fact, it happens in a SpongeBob episode where he goes to ridiculous lengths to retrace his steps in an effort to find his nametag, but the difference lies in how well Star Trek pulls it off. Once you’ve watched the episode oh, say, 20 or more times it may start to seem repetitive, but in general it’s a very good job of making the same information not really the same.

But I don’t trust myself to do that, so I am not going to regale you with my tale of woe about dealing with a corporation so large that they “don’t write checks under $100,” and thus have no means of refunding the $65 they erroneously overcharged me. I will say, it has occurred to me that I am likely to not be the only customer affected by whatever glitch happened in their systems, which they of course tried to blame on me, and perhaps once enough people notice and start complaining this stupid company may forego their “we’re just too big to write small checks” policy. What kind of idiocy is that? One that makes them money, I suppose.

So, as I run out of time, and am not feeling nearly witty enough to make this a repetitive entry that somehow manages to entertain (Star Trek I am not) — although I will say another life goal, probably going to be as unrealized as my phone book goal — is to write a novel based on the format for ragtime music, with a total of three repeats of the first strain, and two of three others, and I could be practicing right here.

But not this morning. I have to go tell a giant company, one that left me on hold long enough yesterday that I was able to sign up with a competitor while I waited, that they need to come up with a better plan than the one they suggested yesterday for refunding my money. The result will probably be the same: I’ll end up shouting at some hapless person unfortunate enough to pick up the phone at the other end, and get precisely nowhere.

But then, I’m very fond of repeating myself.

Here’s the sort of repetition I enjoy. See if you can hear it: AABBACCDD.