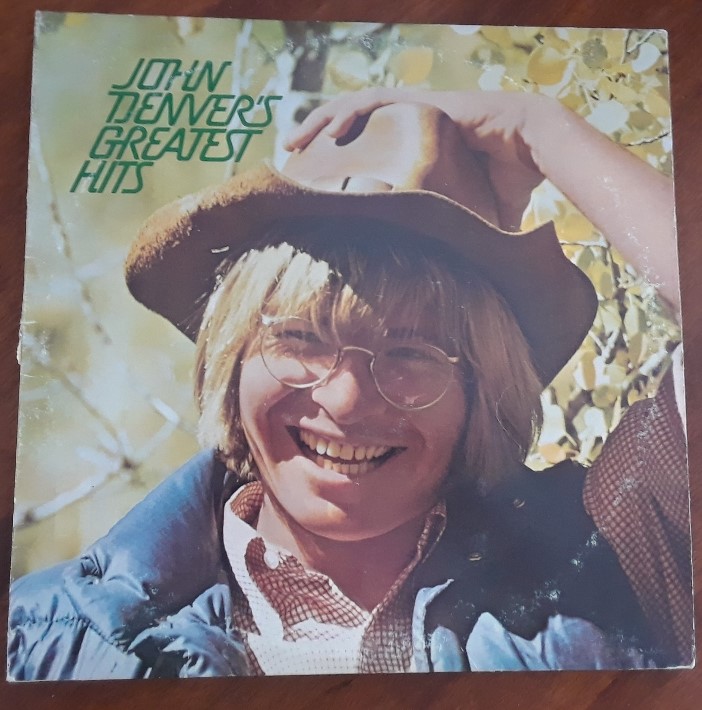 Kids these days. They probably have no idea they’re missing out on what was a major rite of passage for people my age, back in the day. That would be the day of the stereo phonograph.

When I was little, both my grandparents and parents, and probably every house on my block, had a “high fidelity” (hi-fi, which is hardly wi-fi) console the size of a baby truck, housing a record player and two speakers (thus, stereo). But just as I started to come of age, these clunky units were being replaced by sleek turntables and up to miles of thin wires leading to completely separate speakers with “woofers” and “tweeters” that could make your music experience surroundful. (Why isn’t that a word?)

And somewhere in your tween years, you graduated from a baby phonograph with baby records like Big Blue Marble and Disney soundtracks to music. Hit tunes, Top 40, Billboard, everything like that. You went out and bought your first album, and it was a Big Deal.

Today’s poor deprived kids with their $1,000 iphones probably don’t even really grasp the concept of an album — they just go to some app and download whatever tunes they want. No concept of what “catch you on the flip side” is really all about.

It has been so long that I can’t remember where the record store in Gunnison was located, nor what it was called. But we had one, somewhere, and sometime when I was 12ish, I took my allowance and went to this place, where I bought my first album. It was actually “albums,” because I bought two at the same time.

Now, before we go any further, we should review what you should already know: I’m hardly ever a trendsetter. Rarely out there on that edgy edge. I did embrace New Wave and some punk, but that was later. I was an oldest (read: pioneering) child, and even though some of my friends had older siblings, I was not well-versed in the world o’ music. I have mentioned before the dearth of teen-oriented radio stations in the Gunnison Valley. So, with that:

My first two albums were Cher’s Dark Lady and —  I imagine you will be embarrassed for me — John Denver’s Greatest Hits. While I acknowledge as least one of these is not going to bring me any street cred, I can’t feel too bad for my younger self. If I’m not mistaken, Cher is the only artist to have a Number One hit in six different decades, which must mean she’s cool. And John Denver? Well, I’d probably still do it again, if I was going to do it all over once more.

What can I say? I like John Denver’s music. And he lived in Colorado, just over a nearly-insurmountable hill from the valley I lived in. I hold my head high, although I acknowledge your desire to snicker at me.

What seems funny now is that his “greatest hits” were issued in the mid-’70s, although he had already cut six albums by the time I was ready to buy music. But he had so many great hits ahead of him yet that it seems premature to celebrate a career still so youthful.

I was going to tell you I met John Denver once, but it was really more of an up close and personal sighting. It could have been much more than that, but we didn’t learn of that option until after the fact.

Crested Butte Mountain Resort (or whatever it was calling itself back in probably the late ’80s) for awhile staged an annual fund-raiser, perhaps for cystic fibrosis, sponsored by American Airlines. At the time, I had no idea that one day I would work for American Airlines; I was busy with my job as the sports editor at the newspaper. Since this was a ski event, with celebrities of a sort, I got a press pass, as did my editor, Roger.

It turned out, well after it was too late, that CBMR was having trouble figuring out how to get John Denver and his son (Zack? Does that sounds right?) from Gunnison up to the mountain, since they were arriving so much later than the rest of the celebrities. Roger and I could totally have given them a ride, and spent 40 minutes alone in a car with the Misters Denver.

As a celebrity making a guest appearance, John Denver was probably a huge disappointment. He and Zack (we’ll go with this until corrected) arrived late, zipped through the dual slalom course like the skiers they were (and the rest of the celebrities weren’t), called it a day and disappeared from the event, probably to go do some real skiing.

Somewhere in there, just before or after their ski run, I found myself standing a couple of arms’-lengths away from them. I had every opportunity to say, “Mr. Denver, I really enjoy your music and yours was the first album I ever bought,” but I said none of that. I didn’t even ask for an autograph, although I did go up to retired basketball great John Havlicek (about whom I can only tell you he was a basketball great) and ask for his signature on my racing bib.

[My bib was still on me, so I was bent over the table, my head within easy smashing distance, and Mr. Havlicek said to some unremembered sports figure, “Wouldn’t you love to have a sports writer in this position?” Having always gotten along with the local coaches and players I covered, it was news to me that sports reporters and the people they cover often have an adversarial relationship.]

So John Denver wasn’t a gracious celebrity guest, and I missed my opportunity to interact with one of the first two people to inspire me to part with hard-earned (maybe) allowance on music. Life is full of disappointments.

This did not change my attitude to his music, and I still like it to this day. When you look at early John Denver, with his bowl cut hair and funny glasses, he might not seem an inspirational figure. But he was to me — or at least, his music really spoke to me. From the joie de vivre of “Calypso” to the plaintive “I Guess He’d Rather Be in Colorado” and the lovely waltz “Annie’s Song,” his music always provides a lift to me. I should listen to it more often and really, so should you. Even if you’re a kid with no idea what it means to own your first album.

It’s many decades later and much of this isn’t really the way I’ve lived my life, no how much I might want it to be true, but I decided long, long ago that I would not be sad if someone played this at whatever memorial service might some day be held for me.