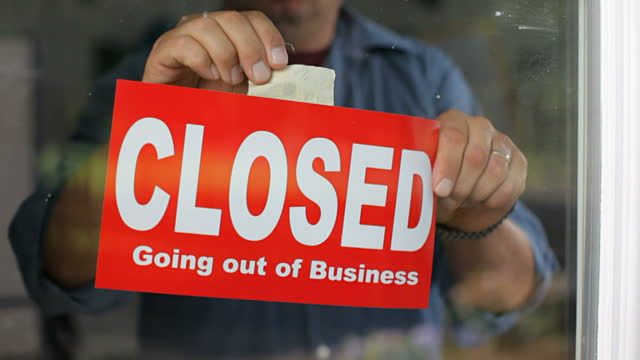 Usually when I come home with juicy gossip, Lynn listens without interruption, then informs me she heard that days ago and forgot to mention it to me. I don’t know how she expects to get anywhere with an air of indifference like that.

But she always knows ahead of me because she generally spends a couple early hours each day at the Nerve Center of Gunnison, the Post Office. Think about: people on the ground all over town, people coming in by the hundreds every day . . . so you’d think they’d be informed.

But apparently our local Sonic shut down so abruptly, and so quietly, that I heard about it before Lynn. Before pretty much anyone in town. It may take awhile for people to realize the traffic cones blocking access to the fast-food place aren’t an indicator of temporary closure.

I only know this because the mother of one of my co-workers was, until Sunday or Monday, employed by Sonic. So I can tell you authoritatively, third-hand with information that may or may not be accurate, that the store could no longer afford to operate.

I can’t even begin to hazard a guess as to when Sonic opened. I know a lot of people who can recall storefront by storefront what has been in each building downtown, but if it’s not in front of me right now, I don’t do a good job of recalling what was there. (In direct opposition to my memory of people’s homes: Oh, the Smiths lived there before the Joneses moved in for about 10 years, and then the Williamses came.)

Not only can I not tell you how long Sonic has been there, but I have zero recollection of what was in that spot prior. It could have been a vacant lot. It feels like Sonic has been there a long time, and you like to think of long-time businesses staying in place, although that’s not so often the case.

When I first started managing Pat’s (39 years in business this year!), the piece of machinery that heats the ink so that it will stay on shirts (a dryer that won’t dry your wet clothing, but Ben likes to run his sweatshirt through to warm it up, and I use it to defrost cookies) was failing.

I bought a replacement, a $5,000 piece of equipment that came with a 90-day warranty. On Day 92, one of the heating elements failed. The man I bought the machine from promptly dispatched at his expense a technician with a replacement part. But by the second time a heating element failed, my distributor was out of business, and then so was the company that manufactured the dryer.

I located a company in Missouri that made parts that would work in my dryer (her name is Ms. Hirple, because she’s purple and some people think there are no words in the English language that rhyme with purple), and at one point when I was expressing some angst to the Missouri company about availability of parts, a man assured me, “We’ve been here for 80 years. We’re not going anywhere.” And yet, the very next time I called, no one answered the phone or responded to e-mail. The phone rang and the website was up, but it appears the company closed and forgot to tell its customers.

I still always hear that in the back of my head: “We’ve been here for 80 years. We’re not going anywhere.” It’s a cautionary tale, because being in business 80 years, or 39, or 10, is no guarantee of continued existence. We could all ask Lehman Brothers, 1850-2008.

So Sonic is gone, and these things happen. Perhaps this wasn’t completely unforeseen, given the hour-long odyssey Lynn and I embarked on to get a couple corn dogs. We even gave them another try: after Lynn had her teeth pulled, we stopped for milkshakes, because the ice cream is so much better at Sonic than McDonald’s. We used the drive-through and waited at the ordering board for five minutes or more without so much as an acknowledgement.

I’m wondering how much of this demise might be employee-driven. Not the employees themselves, but the number of them, which might have been few, and the cost of them, which kept getting higher.

Look around anywhere in Gunnison these days and you will see “help wanted” signs. They are on restaurant windows, at the doors of the grocery stores, on the sides of delivery vans. One restaurant closed for dinner, then opened back up, but perhaps only on select days, and re-did its menu, dedicating the front page to a very lengthy explanation of why the menu has been cut down. (I personally would just cut down — tourists are never going to know, and locals like me, with short business memories, will likely forget you used to have other items.)

Sonic was probably among the many places in town with more work than workers, but wages probably also were in play. It’s not a bad thing, really, but for business owners it’s an expensive thing as minimum wage in Colorado has gone up .90 each of the last several years, with one more year to go. Ninety cents may not sound like a lot, but in the year with the smallest percentage increase (which is 2020), that’s still a 7.5% raise. If you multiply .90 times 40 hours times 52 weeks, that’s $1,900, which is just the base wage (add another 7.65 percent for the employer match for FICA, plus workers’ comp insurance and unemployment, both state and federal, and you’re well over $2,000 per employee. Each year, for at least four years, so now that same minimum wage employee is costing you an extra $8,000 than in 2015. Since customers object to price increases, you try to minimize that as little as possible, and the wages become an ever-larger expense.

Fast-food restaurants in Gunnison had already upped the ante, because even with the increase in minimum wage each year, they weren’t attracting enough workers, so they have been paying above minimum wage. Arby’s came in earlier this year (or late last year — I really don’t pay enough attention, although I know for sure their location was formerly a pasture), offering $14.30 as a starting wage, or $3.20 more per hour than minimum.

I believe a number of fast-food workers around town defected to Arby’s, where they appear to have — at least initially — opted for money over effective management, since the first manager there did not seem able to keep herself, let alone anyone else, together.

All of which may have played into Sonic’s demise. My co-worker’s mother, who worked for Patrick and Judith Farrell for 16 years when they had their restaurant (them I remember — and I still miss the bialy served my way; I called it a TL-ie), already had a second job and apparently had remained at Sonic because they asked her to and she liked her job. So she should be all right, but her son is worried about the others who so abruptly got put out of work.

Hopefully, with so many “help wanted” signs around, he won’t have to worry for long. But every time a long-term business closes, I see it as a cautionary tale: a reminder not to take one’s long-term status for granted. In the grand scheme, that “39 years in business” might not mean much at all.