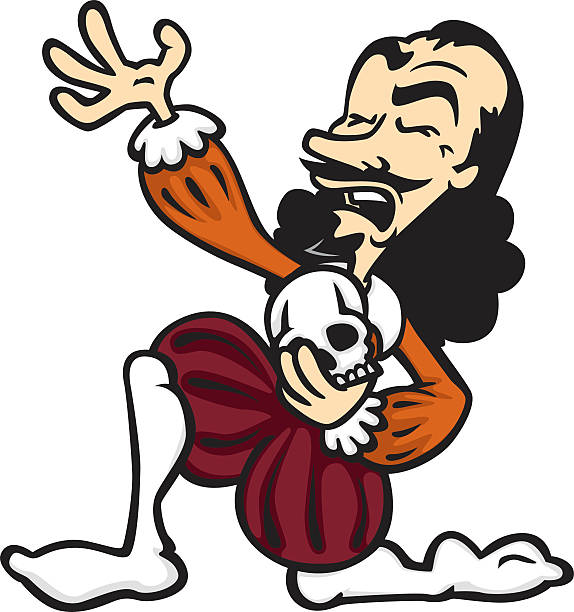 My acting career pretty much began and ended in junior high, and I can’t say as though I’m sad about that. But it does mean my credentials to talk about the craft of acting may be suspect. Oh well — a lack of credentials hasn’t stopped me yet.

And there’s always Kenneth Tynan. I have no idea who he is (quick internet research: English theatre critic and writer, 1927-1980, middle name Peacock), but this is what he once said: “A critic is one who knows the way but cannot drive the car,” a phrase I have used as motivational guidance throughout my life. I don’t need to know what I’m talking about to sound authoritative.

I grew up in a theatrical sort of family. Not in terms of family drama, but in exposure. Both my parents were very involved in our local community theatre group, Webster Players (named for the building in which the plays were staged). My Fair Lady, staged at Western Then State, even featured both my mother’s husbands, although none of us knew this at the time.

My grandparents were early benefactors of the Creede Repertory Theatre, which was an early stop for Mandy Patinkin, who rose to national prominence after wearing costumes sewn by my grandma. (I’m sure there’s a direct correlation.)

Terri and Tia were in some plays; the closest I got to the Webster Players stage was voiceover work for a snippet of a TV show “airing” in one scene of what was probably a Neil Simon comedy: Who’s sparky, who’s spunky, it’s Chip-chip-chippermonkee!

In junior high I signed up for a drama elective with teacher Jerry Bohnsack. I remember writing and being in scenes on the stage of the now-demolished Ruland Junior High, but I don’t recall who, if anyone, was in the audience.

In class we did a read-through of a play (title long forgotten), with parts arbitrarily assigned. I was reading the part of some lawyer; when Mr. Bohnsack decided to make this the semester’s play, he didn’t give me any choice — I was going to play the part of the lawyer. I must have sounded very legal.

But each performance (in front of audiences that I’m sure consisted exclusively of obligated family members) I got an unintended laugh. I was cross-examining a witness, played by Jim Miles (the heavyweight on the wrestling team and about twice as tall as me), when he got mad and stood up. I don’t remember any of my lines, but his was an angry “Are you calling me a liar?” He was so much bigger than me, both in height and breadth, that it made the audience laugh, every time.

In high school I tried out for some other unremembered play, but it was already clear to theatrical eyes such as Claudia Stein’s that I was not destined to be one of acting’s greats. She was very smart, though: she steered me backstage to run the lights, and that turned out to be my niche.

I stayed happily there, behind the scenes, all the way through college. I took so many stagecraft courses and was in the theatre building so much at the University of Colorado that everyone assumed it was my major. (Yes, “theatre.” I’m using the pretentious English spelling. Always have, always will.)

I did appear on-stage once during a production. The play was called Bent, about homosexuals in Nazi Germany (a very cheery project that did not help anything when I had to spend my first Thanksgiving away from home due to the production schedule), and the director wanted the stagehands to be lit and in costume prior to the second act, when we brought a lot of rocks on-stage. (The characters, now in a concentration camp, are assigned by the Nazis to move rocks from one pile to another and back again.)

There I was, pale and 120 pounds, while my fellow stagehand was again much taller and more buff. After watching one of the performances, I had some friend tell me I was the most “authentic” looking concentration camp prisoner in the production. I’m sure it was a compliment.

All of which brings me to my current wonderment. It’s actually been a fairly chronic wonderment of my life, but it cropped again while I was looking at a clip of the 10th anniversary production of Les Miserables: who on Earth would ever want to be an actor in a long-running stage production?

Obviously lots of people, and I heard the actor Jesse Tyler Ferguson (Modern Family) once say something about enjoying stage work so much more than television — everything except the pay.

I understand the immediacy part, and the intimacy with the audience. As the theatre critic for the local newspaper for 10 years, I also know the audience makes all the difference in the show. For instance, I learned early on never to go to the show the night after opening: the cast can’t maintain the electricity of the first night and it’s usually a very leaden performance.

So I understand all that, but playing the same character with the same lines and the same scenario over and over again, performance upon performance, a thousand in a row? That’s the part I don’t get.

If I were going to act, I’d want to be in a TV series. I’d be the same character, but my lines and situation would change weekly, which sounds far more interesting and appealing than going through the same scenarios and lines multiple times.

Lots of people leave Gunnison — and I’m sure everywhere else — with visions of fame and fortune awaiting them on the stages of New York or the soundstages of Hollywood. Paul Edwards, a graduate student at the CU Theatre while I was haunting backstage as an undergrad, shepherded certainly hundreds of students through the WSC/WSCU/WCU theatre program, and he’s had several who have been quite active and successful in regional theatre.

[One of his former students whom I didn’t recall at all was in our shop a week or two ago. She was in his production of Anything Goes that I reviewed (still no recollection), and while she was braced for bad press, I apparently wrote that she “was destined to sing on-stage.” Although now she’s working retail in Gunnison.]

Kristi Holden, a Gunnison High graduate, did go on to star as Christine in an abridged  performance of Phantom of the Opera in Las Vegas (shorter attention spans there, apparently) for what was a several-year run. But I’ve never seen her to ask about it. I still sometimes try to imagine her doing that, perhaps up to eight times a week with matinees, and it strikes me as dreary rather than glamorous.

Then again, I’m no actor, as was established early on in life. Except for Shakespeare, who would have us all go through life on-stage: “Life is but a walking shadow, a poor player who struts and frets his hour upon the earth and then is heard no more.” (Jan Borah made us memorize this soliloquy from MacBeth in high school and assured us all we would remember it the rest of our lives. You’ll have to google it to see if my remembery is correct. The play’s the thing, you know.)

Colm Wilkinson: 25 years on, and he’s still singing Valjean. More power to him.

One thought on “Acting Out”