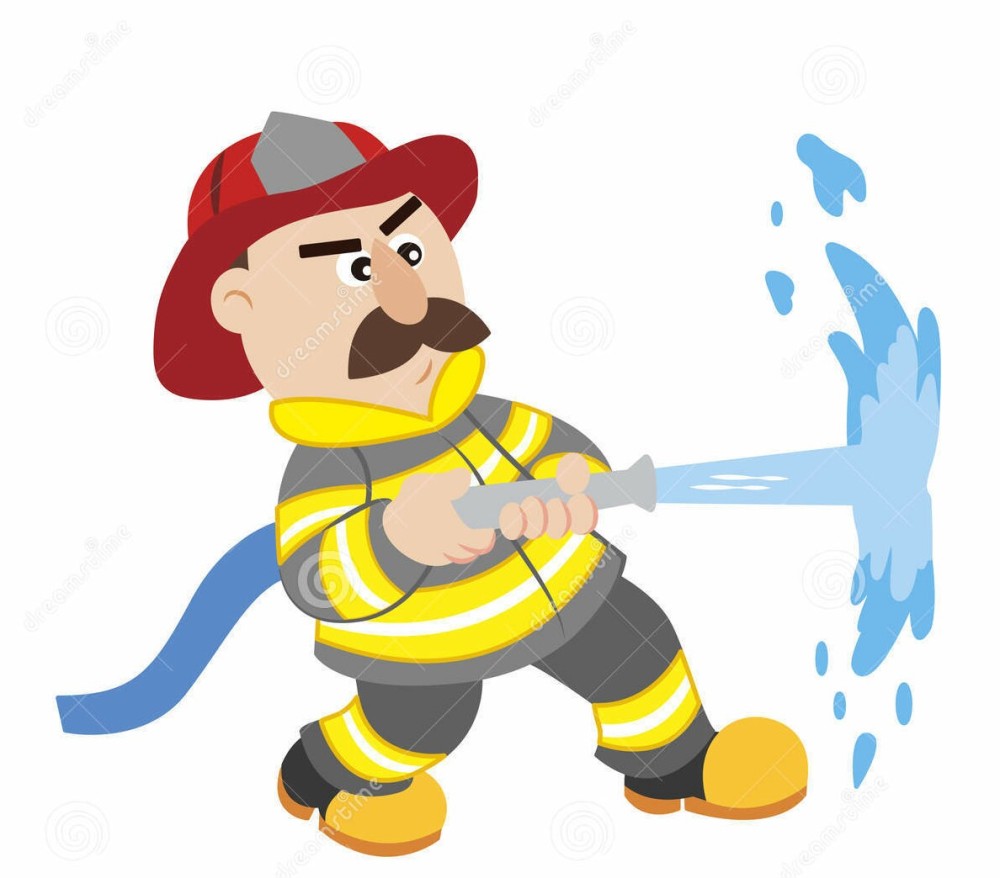 We at Pat’s Screen Printing have figured out the secret to bringing customers in the door: all it takes is for Fire Marshal Hugo Ferchau to offer an impromptu fire safety training, and the world arrives.

Hugo (the third, remember — not his grandfather the college professor nor his father the high school teacher and coach; III only has a daughter and he opted not to name her Hugo) had come in as a customer himself, but I told him I still wanted to follow through on the fire safety training we had discussed prior to the shop’s small incident with fire that I missed because I was moving.

After some discussion about dates, he decided he had a water canister in his truck and a bit of time, so why not right then? James had just left for lunch but everyone else was present, and since James (I reported Fortino, but it was really James) put our fire out with a foam extinguisher, he already had recent experience.

But that’s all it took to get everyone in the world to come streaming through our door, so Fortino, Gilly and I were the only ones to go out to the side of the building with Hugo, leaving Kara and Ben to juggle probably five different customers all at once.

Hugo had a lot of good information, some of which should be obvious but never has been. It turns out there are two approaches to fire: fight or leave. If you choose to fight, the extinguisher you reach for ought to be between you and an exit, in case the fire gets bigger and you need to leave.

Obvious, right? But our extinguisher, the one James used, is clear at the back of the building. Had the fire gotten bigger Fortino, who is the one who got the extinguisher, was on the wrong side of the flames with no exit available to him. (A large three-story building wraps around ours, so we have no back door.)

Hugo’s advice is that if the fire becomes the size of a small trash can, it is time to leave and call in the firefighting pro’s. The other thing you do, no matter the size of the fire, is call 911. There again you have two choices: we HAVE a fire, or we HAD a fire. In the second instance, only the duty officer (which would be Hugo during business hours) responds.

He or she just checks your firefighting efforts, knowing where to look to make sure the fire has been completely squelched. As a for-instance, Hugo pointed to the carpet, which I only then noticed: some remnant from the fire had landed there and melted/burned a tiny patch of carpet. There was the possibility of that being overlooked, smoldering for hours and then bursting into flame after everyone had gone home.

After all the useful advice, it was time for extinguisher practice. It comes with its own acronym, PASS: Pull the pin, Aim the hose, Squeeze the handles, Sweep from side to side at the base of the flames.

We were using Hugo’s water canister, 20 pounds of water boosted by pressurized air that will allow the water to stream 50 feet. But let’s think about this a minute: water is H2O, two molecules of hydrogen matched with one molecule of oxygen.

Hydrogen, if we remember our Hindenburg, is highly flammable, and the element that feeds fire is always oxygen. So why do we suppose flammable hydrogen and fuel oxygen can combine to be a fire suppressant?

I didn’t ask Hugo, and he is a fire guy, not a chemist, so maybe he wouldn’t be able to tell me, but he did know — based on personal experience — that one water canister in the hands of an experienced professional can be used to tamp down an entire room of fire.

He did also say that some of his fellow firefighters like to put antifreeze in the water canisters but he doesn’t, because if you break antifreeze into small enough parts, the parts become explosive.

He also had a story from early in his career, of accompanying recently retired fire marshal Dennis Spritzer to a training at the hospital. They set a fire in a turkey pan, and one enthusiastic nurse got her extinguisher stream under the pan, which was then being blown into the air, creating a curtain of flame. “Now we put rocks in the pans,” Hugo said.

Gilly and Fortino both were expecting the extinguisher to blast them backward and were surprised at how easy it was to handle. I went through the same experience a few winters ago, when they decided to add a physical component to our book learning for fire training at the airport.

It’s empowering, to actually handle a fire extinguisher. Maybe not to you, but they always strike me as a bit intimidating, even as they hang innocuously on the wall (now near the front door), with the double handle and that pin. They look complicated and seem like they could be ferocious, but once you practice with one, they become more like the tool they’re meant to be. Although 20 pounds of water is heavy, which is also good to know.

We managed to spend enough time outside to thin out the customer rush, so then Kara and Ben were able to go out and receive extinguisher training. Then some firefighter happened by, so Hugo conducted training in reverse, showing him our automatic press and the flash unit and the materials that catch fire easily in our shop. By then James was back from lunch, so he got a review, even though he recently deployed an extinguisher.

It was a productive, if unplanned afternoon, and we can hope we never again need to put our new knowledge to use, but we’ll be more prepared with options (including using the squirt bottles we have for cleaning our platens as a first line of defense). And now we know what to do if we find business to be too slow: we’ll just have Hugo come in to offer a training, and the world will follow.

2 thoughts on “Fighting Fire With Water”