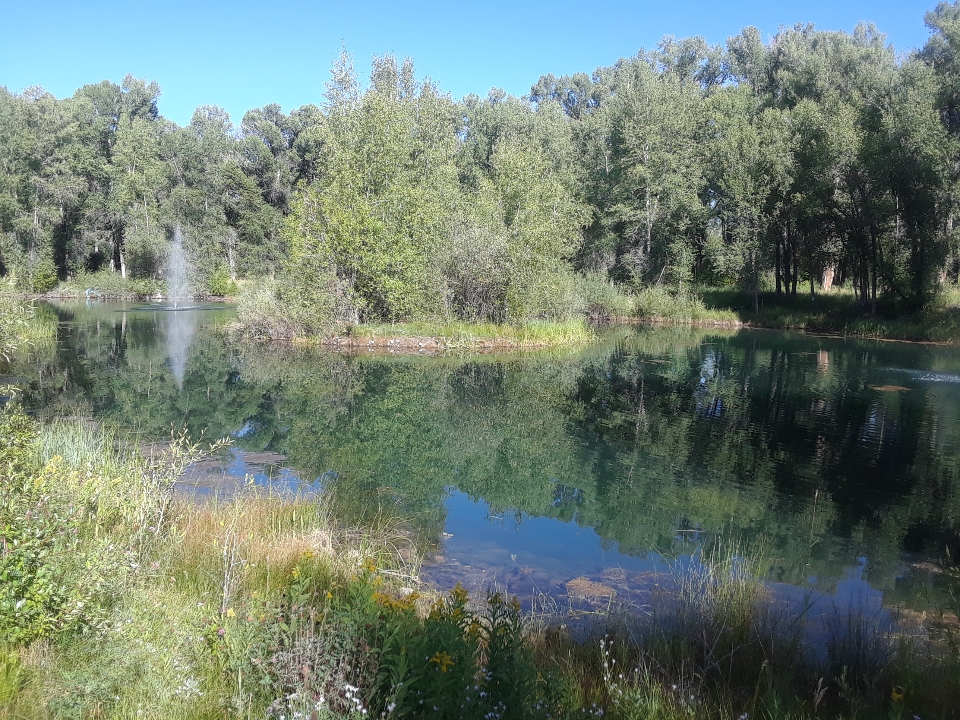 I am going to a memorial service today. I have missed the last several I should have gone to, and this instance I’m feeling like this is too little, too late.

Many months ago, my friend Narcissa told me she was going to Grand Junction to visit Joanne Williams, a mutual friend who was not doing very well. What doctors had been telling her for a long time was spinal scoliosis was in fact cancer, and by the time that got figured out, the cancer of course had spread.

After my conversation with Narcissa, I went home determined to send Joanne a note– and then I never did it. Which is what happens all the time. My road to hell, paved with all those good intentions, is really a 12-lane superhighway.

How hard could it possibly have been? I could have played one less game of solitaire. I could have read two fewer Washington Post columns. I could have cut short any of a hundred self-centered activities to take a few minutes to let a friend know I was thinking of her. But I didn’t.

And then time went past, and self-absorbed as I have become (new house and all), and Joanne slipped mostly from my thoughts. Up until last week I would ride my bike past her house on a daily or twice-daily basis, and occasionally would give a rare thought to her, but it took opening Thursday’s Gunnison Country Times to realize what a schmo I have been.

So the very least I can do is go to her service this afternoon. It doesn’t help tell her how I valued our association, but perhaps I can tell others, her friends and family. Like I said, too little, too late.

This will put me ahead of where I have faltered with others. Spencer Fickel died a couple months back, and I didn’t make it to his service, nor send a card, and it wasn’t until I saw his wife, daughter and granddaughter at lunch one day that I made some small inroad on my thoughtlessness. Arlene is always very gracious, and she said the in-person offer of condolences was better than a card, but I should have done both, and sooner.

I just flat-out missed with Judy Clark. She died awhile back, but her service was postponed until sometime this summer. I thought I was keeping an eye out for the date, but it came and went without me, and I still have done nothing to offer condolences to her husband Butch.

The one that upsets me the most, though, is one without any date. Someone — perhaps my mother — told me she recently learned that KT Lund died at some indeterminate point after struggling for years with Alzheimer’s. KT and her husband moved to Oregon many years ago, and she and I, writers both, corresponded for awhile and then let that slide.

Periodically I have thought to myself, I need to write to KT, and then of course I didn’t, and now it turns out that all of this happened without me knowing any of it. On a nearly daily basis I feel bad that I did not know any of this about someone I was once close to. (I was at the newspaper one day when KT stormed in and told me I needed to go out and teach her daughter Bekke to parallel park, because she was done trying. So I went out to their van, abandoned with a tearful Bekke at the wheel in the middle of the street, and Bekke and I went through the mechanics of parallel parking while KT simmered and finally calmed inside the newspaper office.)

So today I will go say a belated good-bye to Joanne, another fellow writer, although she spent much of her career as the county planner. She was a Gunnison journalist before me, one of the writers whose work I followed as a young adult. I was merciless when I became a young journalist myself — and she gave it right back.

On the approach of her 40th birthday, I wrote a column asking her publicly if that wasn’t old (it’s not nearly as funny now that I’m well removed on the other side). She responded by informing me that one didn’t even achieve “personhood” until the age of 25, which I had yet to hit.

Our lives intertwined on these weirdly random points. My mom remarried, and John moved into our house. Joanne then bought his house (the one she lived in the rest of her life), and I moved into the trailer she owned on the west edge of town.

The last time I saw her was not a happy occasion. We were both at the vet’s, me because I’m always there [and could be again today — Marrakesh does not appear to be any better] and she for that worst of reasons. It was her last day with her cat, Emily Dickens. Not Dickinson, but Dickens, because her cat was the dickens. (I somehow doubt that, but still admire the cleverness of the name.)

But we had an entire conversation before she got around to telling me why she was there, where she asked how I was doing, and my folks, and I caught up with her, a series of social niceties while she was in extreme pain. That was Joanne, never one to make her difficulties public.

In addition to befriending cats and wayward brash young journalists, Joanne took on one of those challenges that so many of us pass over as being way too difficult: she became a foster parent to a teenager who badly needed someone to look past the behavior to see a young man in desperate need of love and firm guidance. And Joanne was there for him, for the rest of her life. I understand he paid it all back to her over the months of her illness.

Perhaps today I will see him and can tell him what I didn’t find time to say to Joanne over the last months, that I treasured her wit and wry humor, and that while our chance encounters were rare, they always made me smile.

As I said, it’s the very least I can do. And perhaps I can take this last lesson offered from Joanne and use it going forward: it’s worth giving up a moment here and there of “me” time, of which I seem to have plenty, to acknowledge the importance of those around me while they are still around me.

One thought on “The Fine Art of Surfacing”