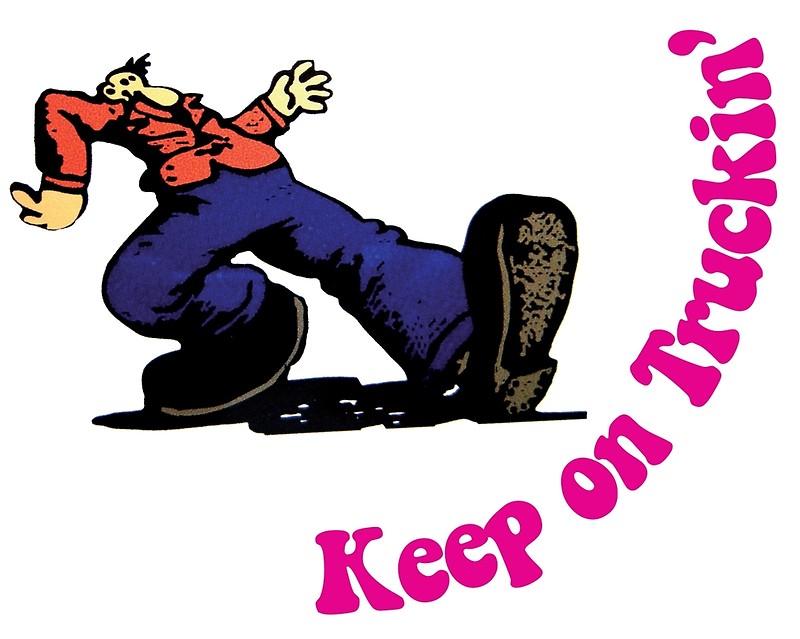 So I decided, a few months ago, that I needed a truck back in my life, but I wasn’t doing a whole lot about it. There were plenty of other decisions to occupy my mind, and plenty of other purchases to occupy my wallet. Then I went reading the Gunnison Country Shopper, looking for something else. I have no idea what I went looking for, but it must have been near the back, which is where all the vehicle ads live, and that list caught my eye.

This being Gunnison, many of the “for sale” vehicle ads were for pick-up trucks, many in the $5,000 or less range. One truck, offered at $3,000, sounded interesting.

Now, I am horrible about using the phone. I can’t tell you what it is, and maybe there was a time in my young life when I was excited to talk to grandparents on the phone, but I really struggle with picking up the phone to call people. I’m sure a psychologist would find this “very interesting,” but I just live with it, understanding that it means if I see something advertised, I don’t usually call about it.

But in that particular edition of the Shopper, I found two things to call about, because someone else was advertising free cabinets. I called that one first, and it went about the way I expect calls like that to go: I left a message, and no one ever called me back. (Free kitchen cabinets? They probably went about 10 seconds after the listing appeared.)

So I hesitated, but finally called about the truck. A man answered, although he seemed very surprised that I had come up with his number. “It was in your ad,” I said, wondering how he thought people might contact him if he didn’t provide a number.

He was out of town, he said, but he told me I could go look at the truck, and even drive it if I wanted, because the key was in it. “Now, if you take it to Mexico . . .” he said, because this is Gunnison and he was reasonably sure, without knowing me, that I wouldn’t take it anywhere but for a test drive. But I told him I’d wait until he returned to drive it.

Lynn and I did go look at it. It was located in Antelope Hills, just west of Gunnison in the hills just behind the Palisades (the rock formation, not my subdivision). This was back in February, and the streets in Antelope Hills were steep and icy, and I had to wade through knee-deep snow to look at the passenger side of the truck.

It looked all right, although there were several rust spots the owner had already mentioned, attributed to the truck’s earlier life in Michigan. The inside seemed nice; the engine looked good. I called back and scheduled a test drive, and brought along back-up in the form of Jim Barry.

The Barrys are old family friends, and like my dad, Jim Barry comes with a lot of farm-learned skill sets, including construction and mechanics. My dad died when I was 18; I have relied on Jim Barry for a lot of fatherly functions ever since. And I don’t buy a car without him looking at it first.

He was quite skeptical when I told him about this truck, but he agreed to drive it with me. He was pleasantly surprised, although both of us thought the brakes seemed spongey. Here’s where his advice came in handy: “I’d have a mechanic look at it,” he recommended, so I got permission from the truck’s owner to take it to my mechanic.

I prevailed upon the ever-willing Gilly from work to give me a ride out to Antelope Hills so I could drive the truck to Dave — and on the first stop sign heading out of the hills, the brakes went out. I tried to figure out my phone while on the move to tell Gilly why I was driving so slow, but that was beyond my capabilities — and patient Gilly just followed along at a snail’s pace as I used the automatic transmission to make my stops.

While not an experience I would recommend, I made it to Dave’s without mishap. When I notified the owner, he seemed aghast, and said if I was still interested in the truck, he’d make it right with the brake repair. As soon as I hung up from that call, however, I had another one, this from Dave, who started with, “You can’t buy this truck.”

Apparently, the Michigan roads and weather had more than a cosmetic effect on the truck; Dave said the second he put it up on his lift he could see the entire frame was rusted. A chunk of it came off in his hand. He wouldn’t even let me drive it back to Antelope Hills. “This entire truck could break apart any minute now,” he said. He knew the seller and knew he had a trailer, so he told me to have the seller just come get the truck. (Two weeks later, I saw the truck advertised in the Shopper again, now priced at $2,500.)

Jim Barry said he’d keep an eye out for me, and within a week I got an e-mail: “Lyn has a truck for sale.” Lyn is his son, a little younger than me and, it turns out, worse at phone communications. We started texting, but a week would go by before one of us would respond to the other. Lyn lives in Colorado Springs, so we decided to meet in the middle — and then bad weather set in. And in and in.

Eventually enough time stretched on that Lyn and his kids came over to help his dad pull an engine (Lyn’s son isn’t interested in his driver’s license, let alone engines, but his daughter was happy to be part of the pit crew). They came in their truck, adding to the 237,000 miles already on it.

It turns out, Lyn only owned the truck for a year. He bought it after his car was stolen (Colorado Springs is no Gunnison), but then in an unexpected twist, police recovered his stolen vehicle (returned to him with a bonus handgun in the console — which did not console the police sergeant when Lyn went back in to report this). Since his son isn’t interested in driving and his daughter has a year to go before she can get her license (and the topper on the back limits visibility for young drivers, not to mention the manual transmission), Lyn decided to sell it.

And even though it came from a Barry, I learned my lesson, so the truck went to Dave for his blessing before I purchased it. Dave was much more positive about this truck, although the transmission turned out to have automatic fluid in it rather than manual, and he found a broken U-joint and rear shocks.

Then, as I drove it away from Dave’s, a light came on to tell me it was time to refuel. I haven’t pumped gas in 19-20 months, and my old gas station installed new pumps in the interim. I am as rusty as the rear bumper on my “new” truck when it comes to the whys and wherefores of gas-powered vehicles. And gear-shifting.

But I’ll get there. In a truck.

Here’s Squeaky up close (no snow today, but still pretty cloudy). I wonder where I got the name?

One thought on “Keep on Truckin’”