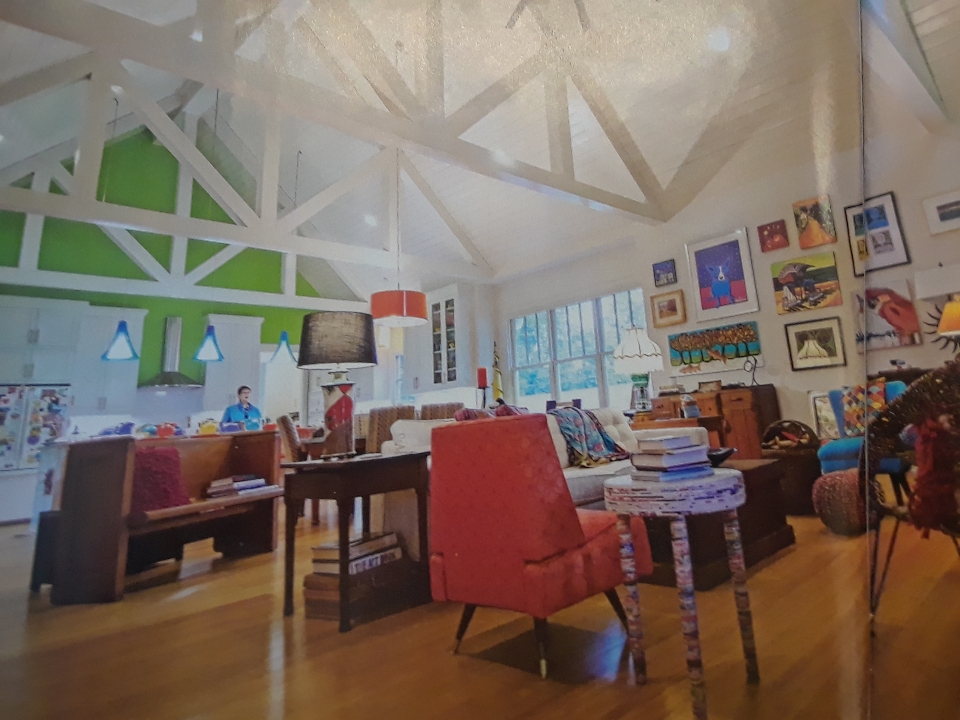 As I mentioned yesterday in a very truncated post (it was not a particularly productive weekend on any front, other than I did get caught up on household bills), World Ark magazine, which usually highlights people and projects in the developing world, made the jarring juxtaposition of how Americans save the planet versus Tanzanians.

So while heralding a cistern so that people who come to a village’s  medical clinic don’t leave even sicker due to water-borne illnesses (the clean captured rainwater is available to patients and select others, such as pregnant women and seniors — everyone else is on their own), the magazine then champions a “first world” effort to save the planet: two people build or remodel themselves a large house with energy-saving efficiencies.

Since that’s how Lynn and I are trying to save the planet, by building a large house (where there wasn’t any house before), I was interested to read this unexpected World Ark article. And I didn’t even have to read much: it was long on photos and short on text, and it was with no sense of irony at all that on one page I could take in this Arkansas woman’s much-greater than our great room, and on another I could admire the floor-level mud stove that is allowing a Tanzanian family to use two-thirds less wood while channeling smoke out of the house.

[In a “yeah but” defense, Lynn and I could be doing worse: co-worker Gilly’s son is on a crew building one of those tens-of-thousands-of-square-feet Mt. Crested Butte mansions that is likely to be occupied a month or less each year. Do you suppose if it’s built to LEED standards that it will make all of us feel better about how the owner(s) are saving the planet? Yeah, me neither.]

Our “humble” house is being built to LEED specifications, but it won’t be a LEED-certified building, because that costs additional money. Dusty has decided to spare his clients the expense, even if it means forgoing a plaque to post proudly outside your house so that your neighbors can feel as good about your planet-saving efforts as you do.

LEED is Leadership in Energy and Environmental Design, and the website tells me it’s “the most widely used green building rating system in the world.” It’s the brainchild of the U.S. Green Building Council, established by three men in 1993. The objective is to get buildings of all sizes in all places to be built with an eye toward energy efficiency. Western Not State has remodeled at least two of its buildings to LEED certification, which comes in four levels: Certified, Silver, Gold and Platinum.

And while I on a theoretical basis have been a fan of LEED, it wasn’t until yesterday that I went looking to see what goes into certification. It turns out, there’s 100 pages of point assignments. And, it further turns out, lots of these points get assigned just on the basis of where your building gets placed. Lynn and I aren’t scoring a lot of points there.

We’re not in the floodplain, nor in wetlands, although several of Riverwalk’s lots are in one or the other, so there’s that, but I can’t decide if we’re building on “prime farmland” or not. It was once a working ranch, but then the rancher converted a lot of the highway frontage to a trailer park. Whether we’re where the trailer park was, I can’t remember.

We might be within 100 feet of the pond, which supports fish, so that would be another ding. We’re not “walkable” by LEED standards, being two miles from groceries, retail and restaurants (one restaurant, Garlic Mike’s, is quite close, but it’s not enough on its own to count). We are quite near a bike path and a bus stop, although our Gunnison-Crested Butte bus may not travel frequently enough, even at 25 trips per day in the winter, to meet the LEED standard of “public transportation.”

Our density is considerably less than the seven residences per acre needed to gain at least one point (we’re one-seventh of that, and so is everyone else at Riverwalk, so we likely won’t be gaining “neighborhood LEED” status, which would give us all something like 15 points).

But we are, sort of, near public open space. At least, that was the intent, but so far it’s not developed nor advertised, and it’s going to be more contentious than the developers imagined, because people buying riverside lots are already indignant about how many people tramp through their lots — even if it’s right there in the purchase documents. Maybe we get half of the point LEED awards.

And that’s about as far into my 100 pages of points as I made it yesterday. Based on the captions that constitute most of the World Ark article, we’re on track to score with the house itself: LED (not LEED) lighting, at least one WaterSense toilet, perhaps bamboo flooring (I’ll save the entire flooring conversation for another day), R-70 insulation in the ceiling, cellulose (non-petro-chemical) insulation in the walls, Energy Star windows, roof and appliances (who knew a roof could be Energy Star?) . . .

I’m in talks now about my solar panels, which the Arkansas couple touts as the premier feature of their platinum home. It sounds like natural gas is frowned on by LEED, and while I wanted to build an all-electric house, Dusty and I lost out to the collective might of Lynn, my family and pretty much all of our friends. Probably a gas fireplace won’t win us any points, either, especially when so many modern units focus on image over warmth. I’m sure the woman in Tanzania, who has to walk several miles to find anything to burn in her cook stove, will feel sorry for us that we’ve just lost a point in our LEED quest.

Since I haven’t made it all the way through the 100 pages, I don’t have a clear sense of where we’ll end up, points-wise. I did skim to the end of the PDF to see how all the points stack up, but after all that, I had to go to a different (non-LEED) site completely to find the reward system: we need 40 to be “certified,” 50 to be “silver,” 60 for “gold” and 80 for that coveted “platinum.”

I don’t think we’re getting anywhere close to platinum, although the woman in Arkansas noted she’d learned that if you leave your shoes at the door, you don’t cart environmental toxins throughout the house. Lynn and I generally leave shoes at the door, but Oz and Marrakesh wear theirs everywhere, so maybe we don’t even get that point.

Rest assured, though, that Lynn and I are doing our very best to save the planet in a manner that doesn’t cause us any inconvenience. It’s the First World way, apparently. I’ll bet the Tanzanians are really proud of us.

Photos: Above: Ann Owen of Little Rock, Arkansas, near the cook stove in her platinum LEED Earth-saving home. Below: Stella John of Igunga, Tanzania, working with her cook stove. It might meet LEED standards for being more efficient and removing smoke from the house. I took photos of photos in World Ark magazine. 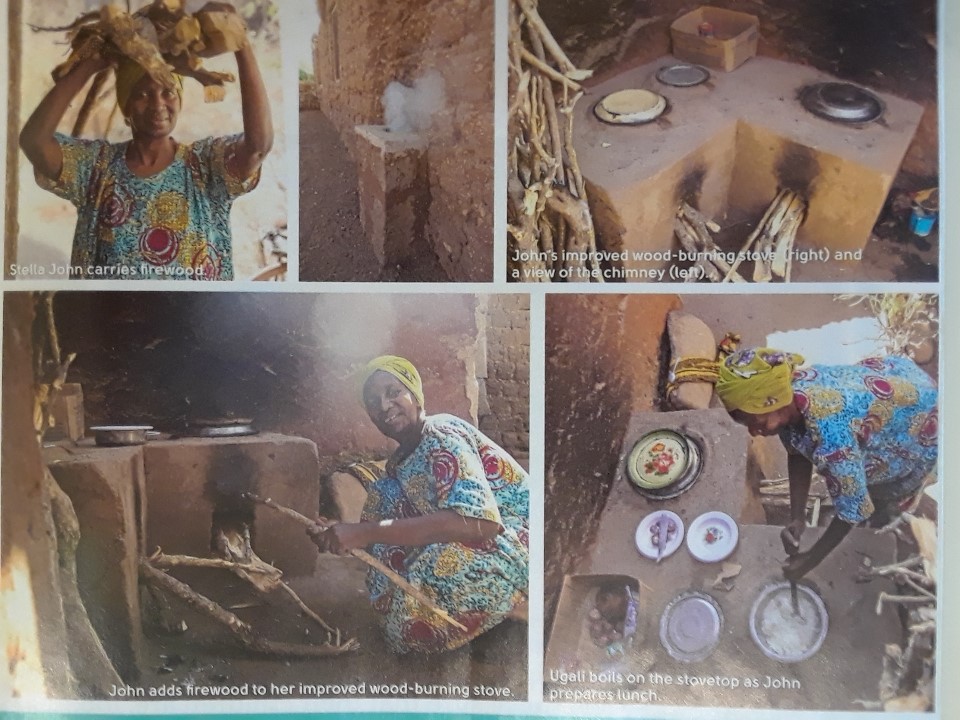