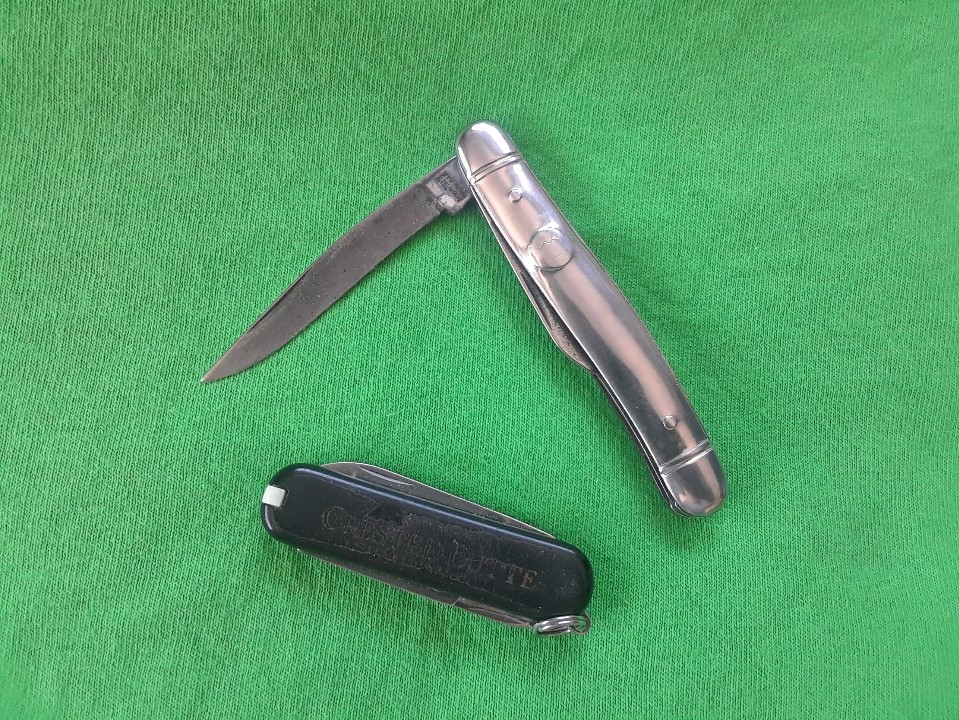 When I was a kid (don’t you love when I start this way?), we had a Western Auto store, located I’m pretty sure where Gene Taylor’s Sporting Goods is today. Really, they were a lot alike in terms of merchandise offered: an eclectic mix of outdoor recreation supplies, home goods and general merchandise . . . maybe Western Auto actually sold auto parts. I was a kid — what did I need with car parts?

I remember two things about Western Auto. One was the picture display up by the cash register. It was a man and a woman in motorcycle helmets in front of their motorbike outside the store. It was the comedian Flip Wilson and his companion, and the story I heard is that they were initially denied service at Western Auto because of their skin color. Then the proprietor learned the guy was famous — well, I wouldn’t have been as gracious as Mr. Wilson. But ultimately Mr. Wilson got the last laugh, because his picture sat on the counter for several years, hopefully inviting customers of all colors to come in and shop.

The second thing I remember is a small display case of pocket knives. I don’t know how many times I pressed my nose up near that glass to inspect the contents, especially the bright yellow two-bladed jobbie. And on my (I think) ninth birthday, after someone (probably Grandpa and Grandma) gifted me some money, I took it straight to Western Auto and bought that yellow pocketknife.

I still have a scar from my whittling accident that cut clear down to the knuckle. And I still have the knife, although I’m not sure it will cut anything, let alone down to bone. I carry it, as I have since my ninth birthday, in my pants pocket. The yellow, which was a plastic coating, broke off years ago, so now it’s just silver. And it’s joined in my pocket by the world’s small Swiss Army knife (or a knock-off, since it’s black rather than red), with a blade that might actually cut something if necessary, although it’s rarely necessary.

So I cart these knives everywhere, and mostly they serve to anchor my pants down. Sometimes I have need of the toothpick in the Swiss knife. But they’re always with me — except I’ve twice nearly had them confiscated as weapons this year alone.

As I have mentioned, probably more than you’ve wanted to hear, I have been following the saga of a young man through our court system for several years. Although I have decided he’s at the point where he needs to solve his own problems, the only way for me to get clear information on his situation is to go to court. And I have to say, it’s always educational. (And invigorating: I’ve barely ridden my bike this year, but that’s how I got to court in subzero temperatures yesterday.)

Sometime recently, the county put a metal detector in the lobby of the courthouse. I have yet to see it activated, and it keeps getting moved all over the spacious lobby, but there’s always space to go around it. I’m hoping the county didn’t spend big taxpayer dollars on this.

Friday I was in the courtroom designated for district court. There was a uniformed sheriff’s officer on hand, which was new, but the deputy didn’t interact with any of us as we arrived.

Over the weekend I read in the paper that our new sheriff (“There’s a new sheriff in town”) has recently assigned a deputy to the courthouse. It probably helps with security, but it seems the real reason is that this deputy and his wife, also a member of the sheriff’s office, were in violation of department policy about not supervising relatives. So he has been re-assigned. Or assigned, since I don’t think we’ve had armed security in the courthouse before. (Except for when the sheriff’s office was located in the old courthouse.)

Yesterday I went to the courtroom used for county cases, which you would think might not be as significant as district court. But here I had to pass through yet another metal detector, apparently as inactive as the one in the lobby, and this time, before we started, the deputy grilled us all about our possession of weapons. He did so while holding a handheld detector, which also didn’t get put into use.

I was the only one to fess up to being armed, and I think what really saved me was the difficulty I had extracting them from my pocket, which was under my bike-riding snowpants. Clearly, I wasn’t as big a threat as the man who concerned the deputy by repeatedly patting his midsection. I’ve seen that man around town a lot, and it’s an absent gesture he does often.

So court eventually started, with a 15-year-old on the bench. (When did professionals get so young? I’m quite sure this is not at all about me.) The first thing he did was issue a bench warrant for someone who had failed to appear, perhaps for a second time. Next he dealt with someone who had failed to provide proof of insurance for a traffic stop, and here’s where I learned the first new thing of my day (other than all the non-security security measures now in place in our courthouse):

Thanks to the Miracle of Technology, people can now, while waiting for an officer to approach their car, go on-line and buy insurance. “Why yes, officer, I am insured — why do you ask?”

The DA’s office is growing wise to this trick, however, and Mr. Daugherty, the assistant DA, told the judge he would like to see proof that the defendant did have insurance prior to the date of the stop. If the defendant can’t come up with such proof, he could face a fine in the thousands, and possibly months of jail time. It’s as harsh a sentence as a second DUI, which gets back to my anger about drunks on the road.

It turns out my young friend is facing three county court charges, in addition to violation of his probation, which was the charge discussed on Friday in district court. It sounded, on Friday, like the more egregious offense was the failure to report to his probation officer that he had been consuming alcohol, rather than the actual consumption of it.

He was arraigned on three county charges yesterday: violation of a protection order, which sounds horrible but appears to mean the exact same thing as his probation violation — drinking when he wasn’t supposed to be;  driving under the influence; and driving without headlights, which I’m guessing is what got him pulled over in the first place.

With some help from Mr. Daughtery, he requested of the court time to seek the assistance of the public defender, so he goes back to district court on March 8 and county court on March 14. And so I’ll go back too.

I might ought to leave my knives at home.