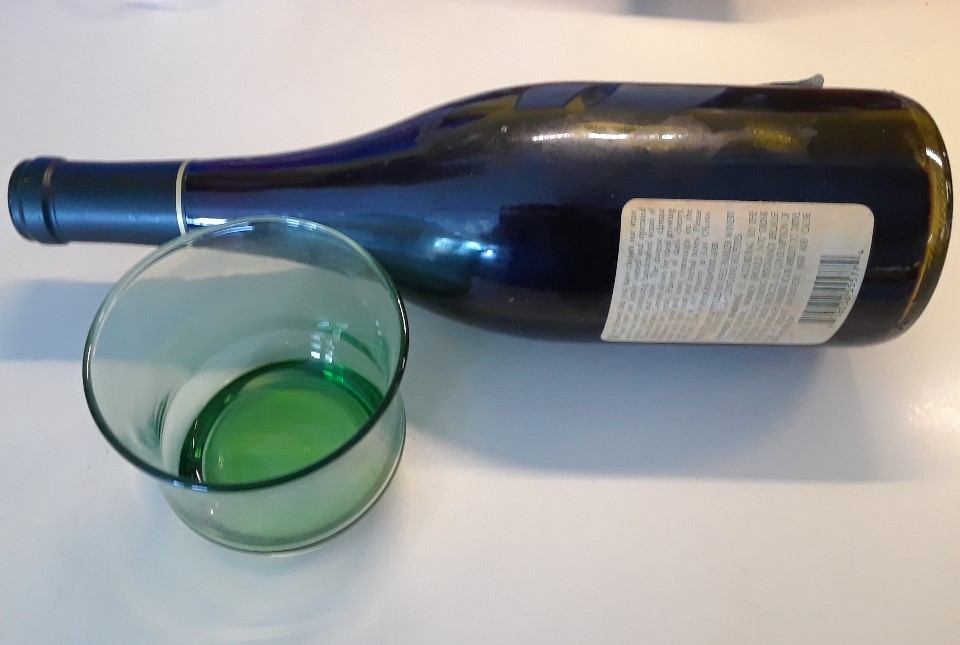 When I was in my early 20s, a guy named Adam Kelley IV (maybe Kelly), who was 19, ran a red light in Denver and slammed into a car driven by Bill Yanaki. Bill Yanaki died, and the woman he was with (a blind date, I was told), was maimed. Adam Kelley IV was drunk, and this was his third drunk-driving offense, the second time he had injured someone else.

Adam Kelley III had money, and his attorney successfully argued that the world should not be deprived of Adam Kelley IV’s art. So, for a third underage drunk driving charge, for injuring a woman and depriving the world of Bill Yanaki, Adam Kelley IV received a sentence of one year in jail, with work release.

I do not have much use for drunk drivers, and even less for the leniency the law shows toward such scofflaws. (There is, finally, a bit less leniency in Colorado, but you still have quite a license to endanger other people before it becomes a felony.)

Bill Yanaki was a friend of mine, a guy with a huge bushy mustache and even burlier smile underneath. He had a ready and hearty laugh. He had recently broken up with his girlfriend (a co-worker of mine at the newspaper), and both had left town, in different directions, seeking fresh starts.

Maybe mine was an outsize reaction, but the entire process, past his death to the utter insufficiency of punishment for a repeat alcoholic, to a rich man’s insistence that his son be free to wreak whatever additional havoc he might . . . well, I am still outraged, some 30 years later.

Do you remember my discussion of Gunnison’s courthouses and how I had spent more time in them than expected, following a young man through the system? And how he was supposed to get off probation in March if we all crossed our fingers?

Well today he is scheduled in court for “Rtrn on Summ for Rev of Prob” — revocation of probation. I only found out about it by accident — I was skimming the docket to see whose case Lynn has been summoned to jury duty for on March 4. He also has an arraignment on Tuesday, which I learned last night is for another DUI.

[Many of you will know which young man I am talking about. But I am going to leave his name out of this. He can just be Y, because I don’t know why.]

I met Y when he was a senior in high school. He was on probation then, I believe for a marijuana, and possibly alcohol, charge. He has been on probation the entire time I’ve known him, and I think he’s heading for his 24th birthday this summer. That’s a full quarter of his life spent peeing into cups.

He got his first DUI after he was stopped for speeding, which turned into driving while drunk. At some other point his car left the road somewhere up near Crested Butte. He extracted it and drove it home. One night he picked a fight with a cousin that was enough for someone to call the cops, and he ended up scuffling with a law enforcement officer, which I believe is the felony charge he was less than one month away from expunging from his record. In a bar he passed out right in front of cops, blacking out with no memory of the incident.

I learned none of this from him, but rather the court and its officers. I did not learn of his newest DUI from him, even after I showed him the court docket, because he had no idea his probation is scheduled to be revoked.

I have gone with him to hearings, status conferences, continuances in court, and consultations with lawyers, members of the DA’s office and probation officers. I helped him find a counselor who dealt in art therapy.

He participated in drug court, which is a means of trying to keep offenders out of jail and helping them turn their lives around. I went to some of those appointments, too, and he was generally doing better than a lot of others in the program. And yet, one month before he was initially scheduled to graduate, he backslid. He did finally graduate, and I was there for that — and got thanked by the assistant DA for the effort I put forth on his behalf.

He’s a good guy, believe it or not — a hard worker who takes a lot of responsibility in his family life. But he has a problem, and he’s not interested in applying that same diligence to his recovery. He tried AA, but said it was too religious. A local man started a support group with fewer religious overtones for just that reason — and I think Y went once, if at all.

Ever the optimist, I thought he might make it this time. I don’t know why; there have been clear indications of a lot of back-sliding. But he’s also finally started making some smarter choices in his friends and extracurricular activities. It seemed like he was finally growing up.

Like I said, he didn’t even mention this major backslide, so I barely know what happened. I have learned that what seems cut-and-dried never works that way in court, so I don’t know what happens today. Does he immediately get whisked off to jail? Is there any credit for “time served” on 22 months of probation? Does this get continued for another month, or two, or five, before a sentencing? How does the new DUI play into all of this?

So I will go to court to find out. Other than that, I’m unsure of my role in this. While I keep hoping otherwise, my on-going suspicion gets larger and louder: he is just going through the moves until he can go back to his old way of life, which he’s really never left. There has been no attempt at actual recovery.

He has been given every chance — and a couple more — that the court has to offer. The assistant DA, who has known him longer than I, also thinks he’s a good guy. But she can only extend a hand so far. No one in the world except Y can solve this. And if he’s going to blow every chance he’s been given, then it’s up to him to deal with the consequences.

So I’m done finding lawyers, and counselors, and trying to explain to the court about his learning disabilities. I don’t believe I’ve ever offered any excuses for his actions, but I have been there as support — often unwanted by him.

I once hired — at the same time — two people with active addictions, and I gave both of them too many chances. Long after one of them had left my employ, his girlfriend called and said he was getting out of the Gunnison jail. She was in Texas; would I go meet him? I was the only one who’d ever given him a chance, she said. I considered it, and then I didn’t go. It was one chance too many. He died in his 40s at a hospice in Grand Junction of a congenital disease, and he had no liver left to combat it.

This young man could be that guy in 20 years. I am hoping it won’t come to that, and he still — hopefully, assuming he doesn’t kill himself or someone else behind the wheel of a car — has a few years to figure that out.

But this time he’s going to have to do it on his own. And this leaves me so very sad, and angry . . . and just plain disappointed.