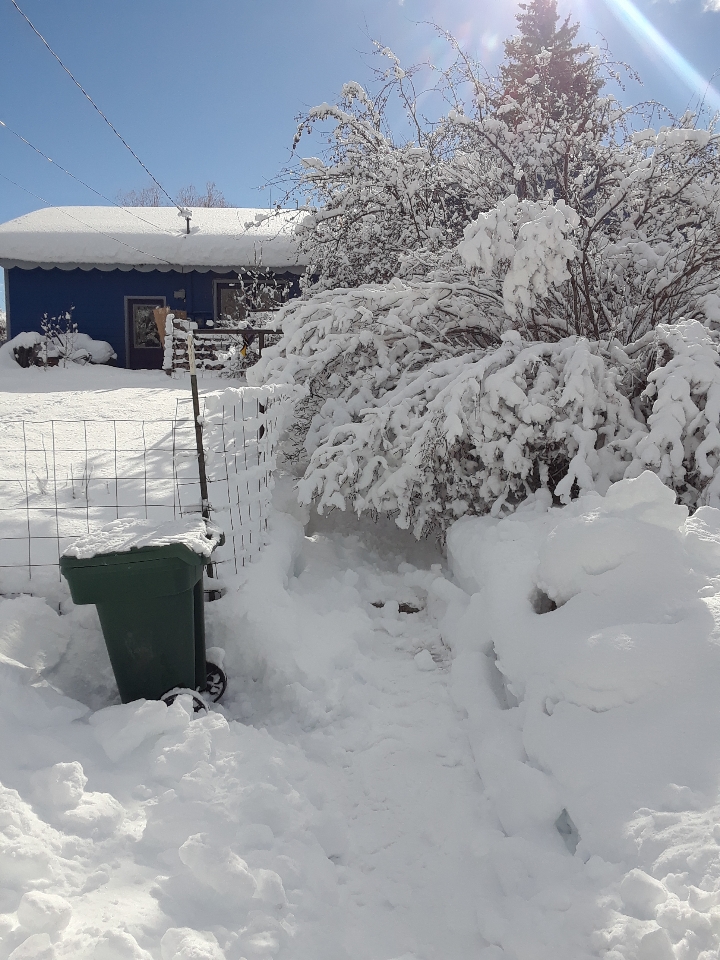 In 1632, John Livermore arrived in the British colonies of North America. I know very little about John, except that after several generations of begatting, here I am. I figure, given the date and his location, that he was probably a Puritan, so from time to time I like to refer to my “Puritan ancestors,” often when I am attempting to hold high moral ground.

Never known for their whimsy, Puritans seemed devoted to work. And in that instance, I’m not so sure this little apple has fallen far from the Puritan tree.

I started think about this after my bus trip from Denver to Gunnison. I sat in the front seat to mitigate motion sickness, but it also resulted in desultory conversation with Driver John. He’s a mountain biker, and at some point when he referenced riding around Los Pinos (where Alferd/fred Packer resurfaced after wintering near Lake City), I said I had gone there once, years ago, to gather firewood.

John said something about it being a long way to go for firewood (it is), and that I should have taken a bike or something to at least get some enjoyment out of the day. His comment surprised me, because I always viewed firewood collection as an enjoyable activity in and of itself. (Good thing, because when I used to go out with Matt, he would estimate that we only needed to go “two more times” to complete his woodpile. Every time: just two more times.)

I don’t go after firewood anymore: Lynn banished our woodstove years and years ago (I didn’t argue) and Matt moved to the most urban place you can imagine (Urbana, it says, right there in the name).

But I realized, after my bus conversation, that while riding a bicycle up and down steep hills sounds like a positively dreadful way to spend my day, I enjoyed what struck John as a dreary workday. My recreation is his household chore. I should say “was”: surrounded on nearly every side by public lands, I rarely get there anymore. I let running a business take priority over running around in the woods.

Let’s turn to an activity very much on everyone’s mind these days in Gunnison: snow shoveling. I like shoveling. While I imagine this would strike Driver John as utter nonsense, I feel Ancestor John might allow a tight smile of approval. For years I have resisted people’s efforts to buy me a snowblower — although every year that offer grows a tad more tempting, and this might have been the year that tipped me over. Except that we’re moving, and gaining such a long driveway that it makes far more sense to have it plowed.

I can’t explain, really, why I enjoy shoveling. It gets me outside; it comes with a purpose (I always do better taking a dog for a walk than just setting out to walk); and it’s easy to measure one’s level of productivity.

But there’s always the point where there’s too much of a good thing, and yesterday was one of those days. I was two hours late for work, and although I hadn’t yet “worked,” it felt like I’d put in a full day before noon.

I decided to start with the back sidewalk. I didn’t get very far: the heavy, wet snow had bowed the trees down and I had no means of getting under them. So I postholed my way under the trees on the other side of the yard to get to the Weatherport, where I couldn’t get much snow off because a different tree’s branches were drooping down onto the fabric.

Floundering in thigh-deep snow, I cleared the area around the gas meter, then attempted to get to the other side of the Weatherport before giving up. Behind me, Terry Schneider was running his snowblower much more slowly than usual, due to the heaviness of the snow, and his wife Myrna (my fourth-grade teacher, way back when) said she had discovered just how difficult it is to get up out of deep, wet snow when you fall. (Lynn apparently found that out as well when she attempted to make her way along a path near the new house.)

It was easiest to walk around the block to get to the front of the house, where the city snowplow had left a berm five feet across, thanks to thoughtless college students, who persist in parking in front of our house. I have decided that however many boys are living in this three-bedroom house next door to us, each must invite his girlfriend, two best friends and a dog to spend every night. I will not be sad when this particular crew of boys and their coterie move. Or maybe I’ll move first. Either way, I won’t be sad.

As I was shoveling this wet heavy snow that was five feet across, I swapped my coat for a fleece. Then I took the fleece off. Then the snowpants came off. Then the gloves, and even my cap. The temperature kept climbing. I shoveled through the berm, changed my shirt for a dry one, swapped my snow boots for hiking boots (thinking I was done shoveling) and headed for Carol’s, because I thought it would be faster to drive to work.

Well, that was an extremely wrong thought. Carol’s neighbor kids had failed to come through on their assigned shoveling. I couldn’t really blame them: maybe they couldn’t even figure out how to access Carol’s driveway, because the city plow had erected a four-foot high barrier of snow boulders.

Her next-door neighbor had made a tiny in-road with his snowblower, but stopped, probably deciding that this non-paying job was not worth it. Or he might have hit a rock — I kept finding it with the shovel.

Carol has a lot of trees crowding her driveway, and the snow has to be four feet high on either side of the drive. And that’s where shoveling really gets me anymore: in the small of my back as I try to lift a loaded shovel that high. Since I’m only using one bay of her garage, I opted to dump everything on the other half of the driveway.

Those snow boulders at the bottom of her driveway were something else, and I should never complain ever again about the berm the city plows along our driveway — although it’s a safe bet I will. Many of them were easier to lift without the shovel, and I even rolled one snowman-style to get it out of the way.

Ultimately, although it took an unplanned hour, driving proved to be the smart option, because the day just got warmer and warmer and roads turned to massive bogs of slush, with huge lakes forming at most intersections. Getting around on foot was perilously wet.

At work, Ben and Riley had gone to the roof without me, and I let them go. I thought I was done with snow removal for the day, but everything up must come down, and Kara and I cleared the slush from the front sidewalk. On the north side of the building, where the sun never shines, I used the ice chipper to clear roof detritus along one-third of the distance before I had to give up.

And now, as I type, we have surpassed our predicted “inch or less” for the day, and it’s coming down furiously. It’s colder today, so there’s that, but it appears that I can look forward to another day of “recreation” with my shovel. I think Ancestor John would be proud. If only it weren’t the deadliest of sins.

One thought on “The Puritan Way”