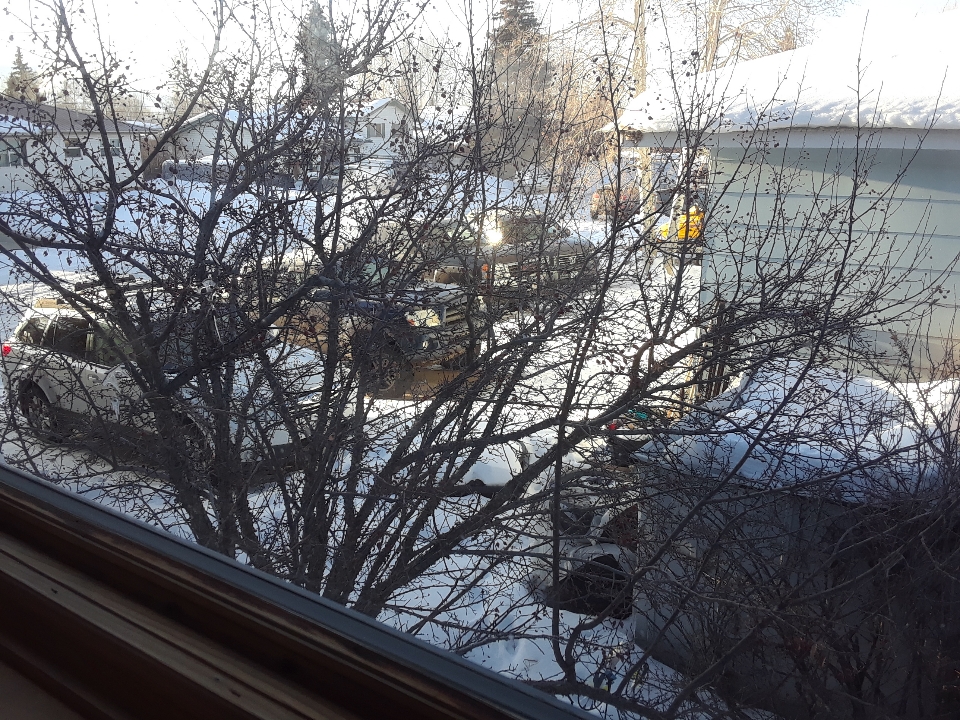 Remember how Dickens wrote, “It was the best of times; it was the worst of times”? Yeah, I didn’t actually read it either, but I’ve heard it quoted plenty of times.

[Ooh, early aside: if you want good literary quotes without being, you know, literary, Star Trek movies are your go-to. Lots of Shakespeare, some Dickens, reference to Harold Robbins . . . all the literary giants, as Spock says.]

I’m thinking it might be quite Dickensian these days for those selling real estate in Gunnison. I started thinking about this yesterday, wondering how someone I know, who has struggled for several years to turn her life around, is doing at her new real estate job. I was thinking it’s probably difficult to build a portfolio as a newbie in the field, since there just aren’t too many houses on offer.

I’m not sure why this is. We’re generally a somewhat transient community. Crested Butte has historically attracted twenty-somethings who come for the skiing and sometimes stay but often move on when that no longer seems a viable lifestyle, but it’s getting more and more difficult to afford that lifestyle, and even if you’re willing to share living space with several roommates, it’s very hard to find housing, since it’s so much more lucrative for property owners to rent short-term rather than long-term.

Western Not State and the hospital still seem to be revolving doors for employees, so you would think there would be some availability there. But perhaps more people are renting rather than buying. I have no idea how someone starting out at $30-40,000 at Western would afford a house purchase, and if this is your first teaching job and you’re not sure you’re going to stay, well, I guess I’d be renting too.

So while residential real estate (commercial buildings? Not so much) is moving quickly and at good prices, suggesting this would be a good career choice, there just isn’t anything to sell, perhaps leading to a paucity of paychecks for the burgeoning field.

Yesterday’s letter was full of many helpful tips for maximizing the value of our properties, including urging our neighbors to be better people — perhaps even volunteering our time to clean up their messes. I see that going over well.

But as I look at the house next door to us that I still think of fondly as Mrs. Trujillo’s but which in reality has been steadily disintegrating under an ever-changing rotation of college boys (in a transaction brokered by Erich), I think he may have a point. The front is less yard than parking lot, with four pick-ups, two snowmobiles on a trailer, and a passenger vehicle parked on it. (Additional trucks are parked in front of neighbor houses, like ours.)

LeighAnn, who lives across the street from us and who has begged us not to sell to college students, reported seeing one of them drive his motorcycle up the porch steps and into the house. From our upstairs window, we have a premium view of the ever-expanding backyard firepit, replete with gasoline cans, that now consumes a quarter of the yard, next to the makeshift ski hill. Although I have to say, I really don’t hear them making that much noise. The neighbors on the other side, with six kids and lots of loud voices, are far noisier.

Yesterday at work I was in the back, shuffling a giant paper pile that has been untended since last June, so I missed much of the discussion, but we had a very nice retail customer who is a Western alumnae. She went out into the world somewhere and completed her career, but she always knew she wanted to retire to Gunnison. So she’s back, renting now, but looking to buy.

She told my co-workers that she had found a house that was perfect for her, but while she was touring it, someone else was putting in an offer. So far, that’s been the story of her hunt. No one at work mentioned to her that Lynn and I have a house that will be coming on the market, but they wondered if they should. She did say she was looking for two or three bedrooms, and this one has four, but the thought of selling to someone who seems nice has great appeal. And it would make LeighAnn happy.

She has to come back at some point to pick up the sweatshirt she ordered, so whoever speaks to her then will mention our house. It may be bigger than she’d like, and when you start considering the neighbors on either side, maybe not the most desirable location (although the neighbors front and back are delightful).

But even if I want to make my neighbors better people, I need to keep in mind that church admonishment (I’ve been in church less than I’ve read Dickens, for full disclosure) about tending your own house first. Your own flock? I’m sure there’s some church saying, and whatever it is, I need to take care of my own place before I worry about college boys.

If Audrie (clarkeagency.net, rather than gunnisonforsale) has her way, and we don’t sell to someone before then, our house officially goes on the market in just about a month. Am I ready? No. Have I started getting ready? No.

I have a severe case of the mean-to’s. Every weekend I mean to start sorting and shifting, and calling the guy about taking up carpets, and then nothing happens. Well, not nothing — I do other things. Things like spending endless hours looking at steam shower units trying to decide without input from a contractor or plumber which one might be best. And that’s just one decision out of approximately 479,386,512 that I still have to make regarding the new house, never mind the even more impossible decisions of what to take to the new house and what to leave behind.

Like it or not, someone is going to come along and want to buy this house, even if it is sandwiched between boys with trucks and eight people who love to shout. Erich may be right about the need to encourage the neighbors to spruce up, but I’ll just let the college boys read their copy of his letter, which I’m sure they received, and draw their own conclusions. I have my own messes to attend to.

Today’s absolutely horrible photojournalistic effort of not seeing the parking lot for the tree comes after I attempted this picture from outside on Saturday, without much more success. I was also looked at askance by our newest neighbor, recently closed on the the Dixon house and temporarily contributing to the parking-lot feel of the street as he moved in. So you get what you get.