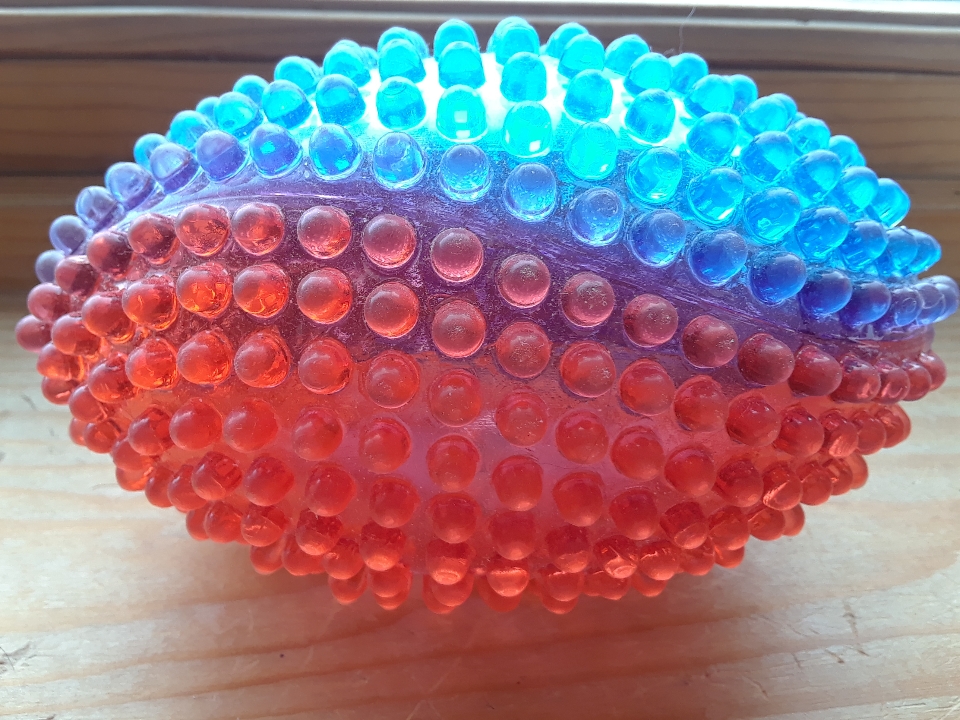 If ever there was an event that didn’t need more hype, it’s the Super Bowl — but CBS seems to have missed the obvious. You would think, the way their news division is carrying on, that this is the network’s first chance in a long time to show you how it can cover The Game, but it turns out that this will be the 20th time CBS has been the broadcaster, which is more than any other network.

I have never been the world’s greatest football fan, but I haven’t been the worst, either. But not the greatest.

Football games were frequently on our family television, but I was never as invested as Terri, who was completely despondent one year when her beloved Minnesota Vikings lost the Super Bowl. Poor Terri: in those early years the Vikings went to the Big Dance four times, and lost every time. Better to be a Steelers fan: they won the first four times they went.

My team of choice was the Los Angeles Rams, but that was long ago and before the Rams started perambulating all around the country before — unbeknownst to me until about two weeks ago — returning to their homeland. It did earn me a hand-me-down once: Larry Nims, a teacher and coach at Gunnison High School, had a collection of signed Ram player cards that he got from his brother (who may have been affiliated with the team). He didn’t want it and, knowing I was a Rams fan, fobbed it off on me.

When we got to Gunnison, in 1969, we moved in next to the Barils, and Jim Baril, professor of English at Western Then State Then College, was the “Voice of the Mountaineers,” serving as the announcer for football and men’s basketball games. He must have been the one who put my dad to work in the pressbox as a “spotter,” providing player numbers for carries and tackles.

But my participation was to slide down the grassy sides of Mountaineer Bowl, completely oblivious to the action on the field. I was intrigued by kicker Wolfgang Taylor, probably more for his exotic name than anything, although he was one of the team’s stand-outs. I dragged Terri along with me when I nervously went to ask him for his autograph.

[Years and years later, as an adult sportswriter, I was with one of Western’s basketball stars when two kids nervously approached him for an autograph. Von was clearly quite pleased and flattered to be asked, so perhaps I unwittingly made Wolfgang Taylor’s day way back when.]

In high school I attended Cowboy games only in my freshman year, and only because I was a member of the band. We were required to be there, and probably did halftime performances, although I don’t remember a one of them. I actually have better memories (better as in more remembered, not fonder) of the Cowboys who came before me, whose names I heard when Dad would listen to the games on the radio, especially Seb Romero, who must have been quite the running back.

I got to the University of Colorado in time for the Fairbanks Debacle, when Chuck Fairbanks was sitting in a $50,000 office and rejecting $1,600 worth of helmets before they were worn even once. (Remember, my tuition for a semester was around $1,400, and Nike and its brethern hadn’t yet taken up the task of clothing teams at their own expense.) I doubt I would have gone to games anyway, but there was a moral sense of superiority in not attending when the campus library was in danger of losing its accreditation due to insufficient funding. And no professor I ever visited in his or her office had a $5,000 sort of space, let alone a $50,000 office.

I left college and became, of all things you would never have expected, a sportswriter. I didn’t start out that way — I just got a reporting job at the Gunnison Country Times. But one of my early assignments was to rewrite copy a high school girl was submitting (because the college boy who had done most of the sports writing had graduated and gone) on Cowboy football games. She clearly didn’t know what she was talking about, and neither did I, but it seemed to me everyone would be better served if we cut out the unpaid high school girl and sent me to talk to coaches. And then it turned out it was better yet to go to the games, and, well, a Star Was Born, as we all love to say.

Following the Cowboys and Mountaineers (and make no mistake, I covered the girls’ sports as well, and the freshman teams, and the middle school, and rec programs) took up most of my weekends. So I didn’t spend a lot of time on big-time college and NFL games. But I would always pay attention during NFL playoffs, although I had to quit betting my sister Tia.

We would bet a quarter a game, and I excelled at picking the losers. I wasn’t going broke at a quarter a pop, but Tia would feel so terrible about taking my money that I couldn’t even moan and kvetch about my losses. I started betting my stepdad, who had absolutely no compunction about taking me to the cleaners.

But that activity dwindled down, as did my viewing. I started missing the wild-card round, then I committed only to the league championships, and finally got down to just the Super Bowl, which is sometimes more about the commercials — but not the overly wound-up halftime extravaganza.

And now it looks like even that is on my endangered list. I tried watching a part of the Rams-Saints playoff,which turned into a questionable nail-biter, but I had already tuned out, bored by the lapses in actual play (time-outs, penalties, huddles, commercials) and turned off by the absolute hideousness of the uniforms — although Lynn tells me that’s a very girly reason not to watch. Sounds sexist to me, but if you have issues, take them up with her. I’m sorry: single-color uniforms are butt-ugly. Maybe Nike needs to step away from the game.

Even though my cheating Rams (just ask any person you meet from the entire state of Louisiana) will be facing off against the team Colorado loves to hate, I can’t work up enthusiasm for Sunday’s bacchanal. Despite all the priming from CBS This Morning. Which is probably just as well, since I’ll likely be on a bus without access to the game. Or spectacle. Or Super Bowl. Whatever you want to call it. This year, you’ll just have to enjoy it without me.

One thought on “Super Dwindle”