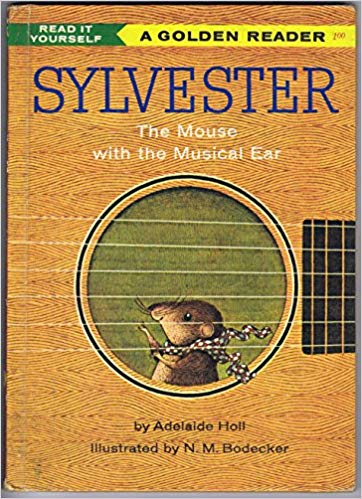 Day 5 of the New Year, and I am not feeling any improved over T Minus One (Dec. 31). I made an appointment with a naturopath for Monday morning, although I’m wondering if I’m going to be serious about following any recommendation she might make. Many years ago, she told someone I know to wear wet socks to bed to get rid of a cold. I won’t be doing that, no matter how much science might be behind it. (It did not work for the person who tried it, either.)

I found a Batman marathon (the “real” one, from the ’60s) on IFC this morning, while not blogging and not getting out of bed. (IFC: Always on. Slightly off. That’s a slogan I can support.) Somewhere (I assume she still has it) in my mother’s house is a trunk of mementos that includes an early essay of mine reading something like: “Batman is my favorite show. I like it because they always fight.” My pacifist nature comes out loud and strong, doesn’t it?

I finally convinced myself to get out of bed — all right, the Batman marathon ended (on a cliffhanger, no less, and now I’ll never know if he brings the Joker to justice) and Black Mass began. The TV tells me this movie is about Whitey Bulger helping the FBI bring down the Boston mob, and since the real Whitey was recently assassinated after being moved to a new prison, that seemed like too much for an early morning.

I came downstairs in time to hear the piano start talking to me. Intermittent plinks and plunks of the high strings. Now, we can go with a few theories here:

3) It’s aliens (they’re to blame for everything, you understand).

4) There is some creature stirring within the innards of the piano.

I’m leaning toward #4, which is the most easily verified or debunked, but I am probably not prepared to deal with this on my own. And Marrakesh, perhaps best suited to help out, is stretched out along the back of the couch downstairs, unmotivated by black and whitey movies to stir himself.

Number 5 would be the most lyric. Jennifer used to be the Woman in Charge at Pat’s Screen Printing, and now she is the floral manager at City Market. So on my first of two half-hour trips to the City Market pharmacy (I can’t begin to tell you how much I dislike the City Market pharmacy) the other day, I stopped to ask Jennifer if her son is still in town, because we need him to come back and take up more carpets to expose the hardwood floors underneath.

Apparently I hadn’t mentioned our new house to Jennifer, who did a sweat-equity build of her own back in her Pat’s days. She, like all the rest of you, was quick to leap on the “dispense and purge” bandwagon as we approach our ever-shrinking new house. Where Jennifer differed from the rest of you was that she acknowledged how difficult this is, and she provided her own piano story as illustration.

When her children were little, the family acquired an 1880s vintage piano weighing 800 pounds. Her other son Amra, now a vocalist and teacher (and 36 — where did that time go?), learned his musical trade on that piano. But Amra is long out of the house, and the piano gets played once a year, when he comes to visit. It was taking up a lot of space, so Jennifer found it a new home. “It was hard,” she told me, hand to her chest, but adding that she is very glad to have the free space. I’ve never even seen the piano, and this made my heart hurt. I was ready to go rescue the piano on the basis of her sentimental value.

Do you suppose my piano is trying to tell me something this morning? (I’m probably hearing something different than the rest of you, just so you know.) Lynn unkindly but truthfully referred to it as a “shelving unit” during my Skype lunch on Thursday. I used to play it a lot, and I faithfully had it tuned every time David Baugess came from Montrose to tune the school pianos. But David stopped coming, and it hasn’t been tuned since.

Someone named Ben Wright started tuning pianos locally, and I keep tearing his phone number off his flyers, but I’ve never called him. There’s no point in calling him now — not until the piano is moved. Or until the Sylvester within chews all the strings.

I have never not lived with a piano, and even if it isn’t played, it’s hard to picture my house without one. My mother managed it, many years ago: she gave hers to Tia, where young children were not kind to it before they started playing it as they got older. My grandmother, owner of a baby grand piano and an organ (at opposite ends of the same large living space), downsized to a very fancy keyboard that probably rarely got played, but she didn’t go without until she entered a nursing home in her 80s.

Lynn and I both seem to have this nonsensical vision that Life Will Be Different in the new house, and while we laugh at ourselves, we still seem to think this. We’re both going to be neater, living completely without clutter; she is arranging her new kitchen so that she can “chat with people” while she’s preparing meals (I finally had to ask who these mythical chatters would be, and it turns out it’s mostly me); and I appear to be assuming I might go back to entertaining like I did in the old days, when more of my friends lived here and not in a coast-to-coast diaspora — and I could stay awake past 8 or 9 p.m.

So I might need the piano for Sing-Along With TL. Right after I finally sit down and crank out the song sheets that were requested on an annual basis.

At least mine doesn’t weigh 800 pounds, so it will be much easier to move.