It’s a good thing I don’t have kids, because this would be the sort of post that would mortify them. Scar them for life, probably. On their non-existent behalf, it may embarrass all of you for them. 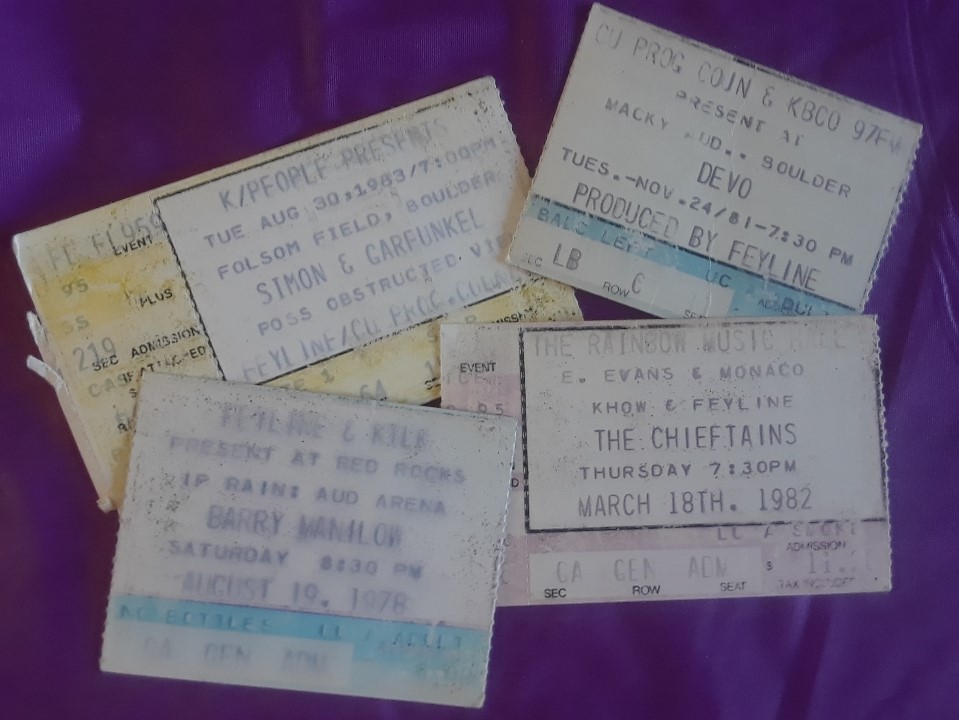 I have a co-worker named Gilly. We are of the same vintage, and it’s very nice to have someone around with the same cultural reference points. Gilly is our retail specialist who loves people and learning about them. An easy first question she asks folks when they come in is if they’re visiting Gunnison, and then the follow-up is, “Where are you from?”

Inevitably, when Gilly asks people this, they answer and then turn the question around, because Gilly, a 26-year resident of Gunnison, charmingly sounds like she just arrived yesterday from the British Isles. Which is where she comes from, with family in Wales, Scotland and England — but she has been here a long time.

Way back, when Gilly and I were kids on completely different continents, she was quite mad for the Rolling Stones and especially Mick Jagger. It seems he was the poster boy in her room, and she was willing to camp on sidewalks overnight to buy concert tickets.

And now the geriatric Mick and his gang are planning yet another North American tour, and Gilly was desperate for tickets for the Denver show sometime next year.

But one doesn’t camp on a sidewalk anymore, and I walked into work one morning a couple of weeks ago to find everyone on a different computer, all hooked into the Ticketmaster website, trying to get into queues, waiting in queues, getting into the purchase screen and still not getting tickets . . . she finally scored her tickets from a re-seller, and then worried about the company’s reputability. So we think she’s off to see her idol one last time, whenever the tour arrives in Denver.

So, while Gilly and I are age compatriots, we must have been miles apart (not just literally — we already established that) as teenagers. She was clearly one of the cool kids.

I still have (surprise! I mean, where do we draw the line between hoarding and archiving? Someday I could be a celebrated curator) the first two albums I bought. (Here is where my non-children start cringing. Feel free to do it for them.) I bought: John Denver’s Greatest Hits and Cher’s Dark Lady. Now, maybe Cher comes with some cachet: I recently read that she’s the only person to have had a Billboard #1 in six — six! — different decades. But when the Rolling Stones were in concert at Folsom Stadium in Boulder in the early ’80s, did I go see them? No. I went to Simon and Garfunkel the following year.

My first Red Rocks show? (Look out, kids.) Barry Manilow. My second? For her birthday just a few years back, I took Lynn to Celtic Woman. Those are my two appearances at Red Rocks. I have seen the U2 video that was shot there — does that count for anything?

I’d like to think I got a little cooler in college. I went to a Devo concert in Mackey Auditorium on campus. Most of my friends managed to get tickets up near the stage, while Nancy Green and I found ourselves in the balcony. Nancy was on her feet dancing, and dismayed that I remained seated. (Why am I telling you all this? There may be no recovering my self-respect.)

My friend Larry and I one night drove from Boulder to Heritage Square to buy tickets for a Chieftains concert at the long-gone Rainbow Music Hall in Denver. If you can believe it, there was no line, and at the concert we may have been the only two not in a tam, heavy-knit Irish sweater or both.

I can be spontaneous with my concert whims. When my mom and I were in Indianapolis in the mid-2000s for a screen-printing trade show, it turned out our hotel was adjacent to the symphony concert hall, and they were presenting Beethoven’s Third that night. “I don’t have a tie,” I apologized to the ticket seller, who assured me that would be just fine. And, if you’re wondering, I had an absolutely marvelous evening and very much enjoyed the performance. I left a comment card saying as much.

A concert did cost me my volunteer duties with Cattlemen’s Days when I opted to go to the Crested Butte Music Festival’s final “Have a Beer With Beethoven” and a performance of his Seventh Symphony. [Here’s the rule: Even-numbered Star Trek movies; odd-numbered Beethoven symphonies.] I skipped the beer but had a great evening, and to this day don’t regret that I choose music over rodeo.

I may be mistaken, but I believe we have now covered the entirety of my concert-going career. I guess I’ve seen the Colorado Symphony in both Denver (Beethoven again) and back when they used to tour the state and come to Gunnison. And there have been lots of Music Department presentations at Western Not State, many of which I attended in the company of Nancy Gaylen (when she wasn’t onstage herself with her oboe), and let’s not forget the performances of the Gunnison Arts Center (GAC) Singers, one of which Lynn and I went to a couple of weeks ago.

[Here’s a funny little Other People’s Story: When Nancy was new to the college-community orchestra, as it was called back then, she ended up meeting two fellow performers when someone introduced “Nancy Gaylen” and Nancy Houston and her husband Galen thought they were the ones being introduced and stood up as well.]

But it seems clear that when it comes to live-music performances, I’m neither cool nor hip (although I am aware of the Canadian favorite the Tragically Hip).

The only concert, out of the many, many everyone I know has attended, that I regret missing was Elton John and Billy Joel on tour together in Denver. I admire both of them as musicians, and they were both also early album purchases. I know Elton (Sir Elton, as they call him in Gilly’s part of the world) is planning a farewell tour next year (which begins in half a month), and demand in Denver was such that a second show was added.

I debated getting tickets, but live music is e-x-p-e-n-s-i-v-e, and who knows what I might be doing so many months (I believe the tickets went on sale almost a year ahead of time) in the future, and . . . well, Elton will just have to say farewell without me.

And, given the machinations Gilly and the entire staff at Pat’s had to go through to get three tickets in one row, at only a small fortune rather than a large one, and preferably not in the nosebleed anyone-could-be-Mick-from-that-far-away section, I don’t think I’m up to the modern-day ticket acquisition method.

So here I remain, maybe not tragic but not hip either — probably not even Tragically Hip. Sorry, kids.