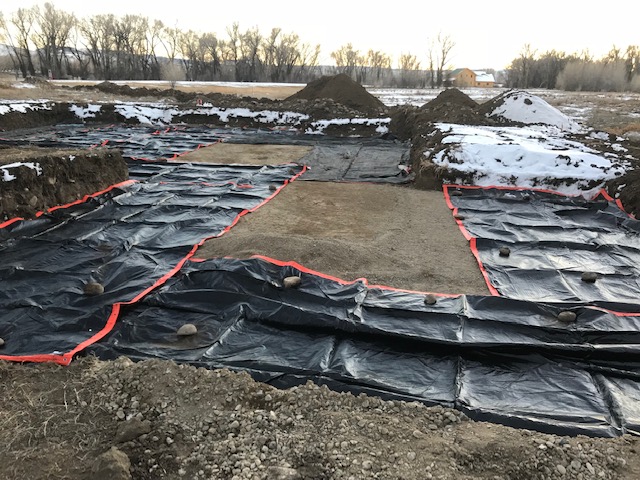 When we were young, my sister got this set of building blocks, a bunch of lightweight 2x4s cut into varying lengths. Then, when the neighbors remodeled their rec room (because everyone had a rec room), we got some pieces of paneling that made perfect floors for the building blocks.

I don’t think that Terri ever played much with the blocks, because I pretty much took them over from the outset. I would say “confiscated,” except that for some reason they ended up in Tia’s room, which is where I played with them. I used them to make schools or houses, populated with the Fisher-Price “Little People” that I pulled from their plastic edifices (house, farm, school bus, airplane, etc.).

I would leave my structures up for days or weeks, right in the middle of Tia’s floor, and not let her or Terri touch them. In hindsight, this seems like quite the imposition, and Tia might have objected more strenuously had she spent more time in her room — but she generally helped herself to Terri’s spare bunk bed.

So I designed and built many houses in my youth, all of them with these very thick walls (proportionally: they were wider than the Little People), which perhaps led to my desire for a straw-bale house long before I even knew that might be a desire.

We first met our contractor, Dusty Sylvanson of Straw & Timber Craftsmen, more than a decade ago. [Sidebar: I’m appalled at how much time I now measure in “decades.” Back when I was building houses with blocks, I didn’t think I would ever get to 16 and that coveted driver’s license.] We wanted to do some remodeling on our house, which needed new siding, and I wanted to convert to straw. Ultimately, that wasn’t a practical option, and we went a conventional yet energy-efficient route.

Naturally, when we started talking home construction, I started with the assumption that we would build a straw-bale, slab-on grade, passive solar house. And where did we end up? With a traditional stick-built house over a crawlspace, and way too much glass to be passive solar. (Also, due to the nature of the lot, we’re oriented slightly southwest rather than south or slightly southeast.)

I am sad about this, even though we know Dusty will still give us a very energy-efficient home with earth-friendly features. Here are your options if you want to have a straw-bale house:

1) Go small. The late Jim Greer once said we should all be living in smaller houses, with more of us in each house, but this isn’t what we’re doing, and it’s not what the covenants encourage.

2) Be your own builder. I know several people, many without a history of construction skills, who have participated in “sweat equity” home builds, but I spent most of yesterday reclaiming screens at work, and that bit of physical labor completely wiped me out. Dusty would likely fire me before lunch on Day One.

3) Have an endless budget. The difference between straw-bale walls and the walls we’re getting was estimated at $70,000, and that, unfortunately, made the decision for us.

So, no straw. No slab-on-grade (our new plumber neighbors quashed that idea when they described jack-hammering up floors to find leaks). No passive solar. Just a regular ol’ house. But still built to Energy Star specs, and natural options where we can, and I’m not giving up hope for my solar panels.

And in the meantime, our hole in the ground has been fitted with ground-warming blankies, with concrete forms soon to commence.

I am attempting to insert my first link to improve my technologic proficiency as a blogger, but so far it’s not going well. Maybe you’ll get it, maybe not. This is what I’m trying for: https://www.youtube.com/watch?v=oXA6CLTDekw, but I’m not making it work the way it’s supposed to. Great. Fired from sweat equity and blog proficiency, both on the same day.

One thought on “Our House (in the Middle of Our Lot)”