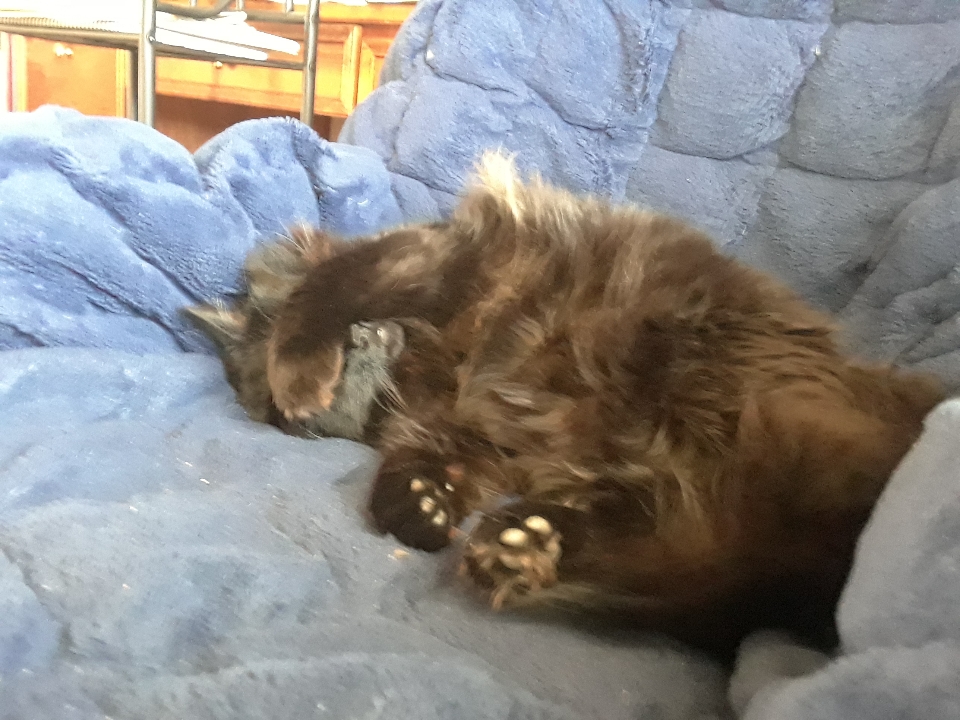 Today is the first, and perhaps only, day in my entire existence that you will hear me say this: I wish I cared more about golf.

The title for today’s blog entry would write itself: Tiger Out of the Woods, and I could go on to extol the virtues of perseverance and belief in one’s self and rising above the obstacles thrown in one’s path (by others, one’s body, and one’s own sad personal proclivities there for a little while), and it would be positively inspirational.

But I barely had any idea the Masters was (were?) taking place. I think Kara said something about women being allowed to play a round for the first time, but I didn’t even pay attention to that. I heard vague reports beforehand about the weather perhaps not being ideal. But golf was taking place yesterday? I had no idea. Or care.

It wasn’t until this morning, when CBS fawned over and over (and over) Tiger’s accomplishment that I knew anything major had happened at a Major. So congratulations to Tiger, and I thought it was cute when he said, while wearing his new green jacket (I forget how many others he has to go with it, but it’s more than anybody but Jack Nicklaus), that he was “looking forward to Show and Tell” at his son’s school.

So no. I would rather forego the inspiration and instead focus on a complaint: there is a cat in my chair. (Cats, Tigers — we’re still in the same family, right?)

Marrakesh, looking rather cute himself with one paw draped over his eyes, is asleep in my chair. He has been there in a state of permanence since yesterday. Na Ki’o, for much of this time, including now, has been at home in Lynn’s chair, but Lynn has a much harder heart than I do, and Na Ki’o keeps getting booted while Marrakesh slumbers on.

Once, long ago, so long that I can barely remember it, and Marrakesh seems to have completely forgotten, the futon upstairs was the furniture of repose. In fact, I’m not sure the cover will ever be free of cat hair, ground in as Marrakesh undergoes the laborious process of shifting from one side to the other.

Him sleeping on the futon did not interfere with my routine. Him sprawled across a bed in the middle of the day can generally be worked around. Him now making my chair the Chosen Spot is definitely messing with the Natural Order of Things.

So where am I? I am sure you are wondering. I have been relegated to the pet furniture.

No, not the futon upstairs — that would be positively uncivilized. I am at upright rest on the love seat, the most utilized and reviled piece of furniture in the house.

Here is the history of the love seat as I believe it to be true, although the factual basis might be somewhat off. My sister Terri got this from someone — my mom? — and then, after her cats had made themselves at home along the top of it and the upholstery was fading, fobbed it off on us.

It slotted in nicely between the front door and my chair (which comes with its own rich history of hand-me-downness), and was immediately pressed into nearly full-time service by every member of the household.

Its primary function over the years has been in lieu of a coat closet, even though there is a coat closet on the other side of the front door. That closet is my least favorite part of this house: the opening is narrow, and the door fights for supremacy with the front door, it’s dark and it’s nearly impossible to find anything. So the coats and hats and mittens and bike helmets that need to be accessed for whatever season we’re in (perpetual winter, it feels like) generally live on the love seat.

The second use for the love seat is as a prop for my feet, when I am allowed to sit in my own chair. (Momentarily I have regained it, using trickery known as “food.”) This use, perhaps abetted by the sun (when it shines), has ruptured the fabric on the side of one arm.

The third use, lo these many years, dating back to long before my acquisition, is as a cat perch. In this house, the back is under the front window, at just the right height for a cat to sit and take in the larger world of the Great Outdoors. At least two — I don’t recall how long this love seat has been with us — generations of cats have put it to use in this fashion. The arms themselves are also of perfect cat width, and, as mentioned, the one arm gets a lot of sun, so it’s a perfect place for a cat to loft himself, hunker down on all fours, and soak up some rays.

The fourth use is the newest use, and also the most tumultuous. Before Oz, if we can remember such a time, dogs in this house generally stayed at floor level. But that’s not how Oz rolls. His first night with us he crawled up beside me on the couch. I started to move him (good luck with that), then thought, What does it matter if he’s up here?

So while Ashoka used to slink guiltily off the love seat as we came into the house, Oz spends blissful chunks of each day in repose, mashing the back cushions, pushing the seat cushions, knocking off throw pillows. You can find him sinking into the cushions, or lying with his back end propped up on the back and his head hanging off the front, or standing at attention to see what’s what in the Great Outdoors.

The final use, and a rare one it is (usually only when my book group comes over or I have been evicted from my chair by a cat taking up permanent residence), is as a place to sit.

Despite all this versatility, the love seat’s fate has been sealed, and it will not be making the journey with us to the new house. Lynn, with her hard heart, has decreed this, and so it is.

I can see her point, of course: the ripped and shredded upholstery, the back cushions that conform to a dog’s belly, the general deshabille . . . we will have a New and Improved coat/mitten/shoe area, and a padded bench running under the south bank of windows, good for lolling, basking and supervising the Great Outdoors. The hassock that goes with my chair will be retrieved from behind it and pressed back into service — who needs a darned old love seat, anyhow?

But I still think it will be missed, and while it won’t stand any chance of making a personal comeback after 14 years, like some Tigers, its functionality may be hard to duplicate. And I like to think its greatness will live on, in memory if nowhere else.