I’m feeling more Andy Rooney than Mickey Rooney these days. It could be my cold. It could be January. It could just be me. Anyway, here’s what’s on my mind this morning: insurance.

No, not health insurance — well, that’s always on my mind, the entire health industry is, but that’s not getting solved this morning. So we’ll just save that for a day filled with a lot more ambition.

[I would like to report that Na Ki’o is safely tucked between my ankles, where his help is much more helpful than when he drapes himself around my neck, but Marrakesh has now arrived to the party, and his neck is half on the keyboard. But his visits are a lot more rare, so we’ll take it.]

The insurance that has been weighing on my mind these days is workers’ comp, and I can already see your eyeballs both glazing over and rolling back in your heads. But this is really about a level of incompetence I rarely encounter in the corporate world — does that sound more interesting? Probably not.

When I first started in the world of business management — not my planned career track — I learned I had to have workers’ comp insurance. I don’t remember how it transpired, but I ended up with a policy from Pinnacol (it had a different name then, but why waste brain cells on that?), a Colorado company.

I had this policy for several years, well over a decade, and this is the only thing that really irritated me: a business’ premium is based on a percentage of payroll, and if you guess too low on your payroll (as I often did), then after the policy year ends, they come along and demand more money. For a service you never used and that is already past.

Well, and I guess this would be another irritation, although we might ratchet up to aggravation: three or so years ago, my premium skyrocketed up. My payroll didn’t increase much, I hadn’t filed a claim; I didn’t alter business practices — the premium just jumped heftily.

So I shopped around, which is not easy to do. The choices appear to be Pinnacol or: The Hartford. You know, the giant nationwide (probably internationwide) company with the majestic stag as its logo. The Hartford offered two things: a lower rate, and an ability to make payments based on actual payroll, so I wouldn’t get hit after the fact with a request for more money for a service I (thankfully) hadn’t used.

And now, after three (I think) years with The (always capitalized) Hartford, I feel safe in saying: I have never encountered a more inept, impossible company. My local “agent” has not fared any better in this process. I can’t get any question answered, either locally or nationally.

The first time I ran into issues with THE Hartford was during my first annual audit. Worried that they aren’t getting their full share, workers’ comp companies demand to review payroll at the end of the policy year, to make sure they can’t wring another dime out of you for not using their services.

Pinnacol’s process, which I had previously considered a trifle exasperating, turned out to be painless. I filled out a three-page form on-line, done, and they’d either send a bill or (much more rarely) a check to make the premium match the payroll percentage.

But The Hartford asks for reams of paper. Reams of it. Where Pinnacol was content with my reporting of my 941 numbers (a federal form filled out quarterly), The Hartford wanted copies of my 941s. And a print-out of my payroll. And my state unemployment forms, which provide the same gross numbers as the 941, but in multiple-page format (because the State of Colorado is horrible when it comes to on-line forms. Horrible).

And with all this information at hand, what did The Hartford do? They got everything wrong.

Owners can exempt themselves from the premium. That means if we get hurt on the job, we’re not going to be covered, but it’s a reduction of the premium. And even though I always report owner payroll separately, this national company, which presumably handles a large number of work comp policies, could not grasp this in my audit and wanted to charge a lot more.

Here was the really exasperating part: trying to get someone to understand what they had done. Calling my local agent has always proved to be nothing more than a waste of breath, but finding anyone in this giant company who seems competent has been an exercise in frustration.

I finally managed to make my point, which should have been evident from the outset, and this somehow resulted in a small refund. No explanation or paperwork, just a refund, but I took it.

This, then, let me focus on The Hartford’s other idiocy: the forms they send annually. It’s two pieces of paper, and instead of being applications for discounts, they are forms that say: I understand I could get a discount for designating a medical provider, or for establishing a cost containment program.

I have asked since first presented with these forms how to go about designating a medical provider, because that’s very easy to do (you just pick the two existing doctor offices in Gunnison and tell Pinnacol that’s who you designate and presto! 2.5% discount). But not at Hartford, which no longer deserves its distinction as “the.”

All anyone, from my agent upward, can say, is, “Here’s this form.” But it’s the form that says I understand I can get a discount — it never actually provides the discount. And if you can manage to call Hartford (they make this a lot more difficult than they should, too), this is honestly what anyone on the other end of the phone says to you: “That’s not my department, but I’ll see what I can do.” And then it turns out they can’t do anything. In three years, not one person affiliated with Hartford has been able to dredge up a designated medical provider form.

So, as I did last year, in frustration I turned back to Pinnacol. Last year, however, the premium estimate was so much higher (even without the discount Hartford doesn’t really offer) that I decided I could slog through the onerous audit process and go without a designated medical provider.

Last Friday, though, I got an estimate from Pinnacol (where they are touting a 10 percent reduction in premiums) and then looked — for the first time, because it’s not on a calendar year– at my Hartford premium. My payroll increased 8%; it turns out my premium went up 26%. Twenty-six percent.

Pinnacol, which will give me a medical provider discount, also offers a dividend in years when it collects more money than it uses. Which is more often than you would expect a company to admit to.

And — and this is bigger than I used to appreciate — when I have a question, Pinnacol provides me with an entire list of team members, and their phone numbers, for me to call. In the past, they’ve always had answers. They’ve never misunderstood their own audit process, and never once has anyone said, “That’s not my department, but I’ll try (and fail) to find someone who cares.”

For a thousand dollars, I suppose I can put up with a company where not a single employee has “designated medical provider discount” as their department, but for a difference of $200, which might be erased by a discount and subsequent dividend? Hang on, Pinnacol, I’m coming back!

There. I don’t know about you, but I feel much better. 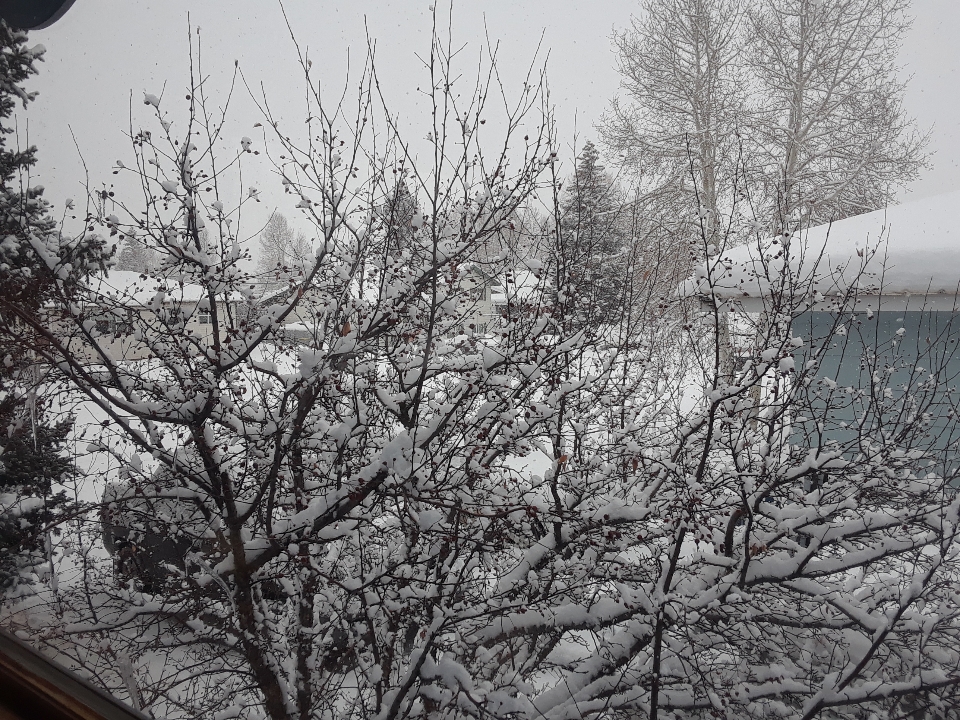 Today’s weather report: after weeks and weeks of Platte snow (remember: too much to ignore, too little shovel), we are getting a real snowstorm. Not good for house building, probably, but I like it.

One thought on “In Sure Rant”